Welcome to the Marcus Anderson Xperience

Watching Marcus Anderson perform is akin to no other live experience. The tremendous musicianship Anderson displays in-person is matched only by his energetic, charismatic and passionate showmanship.

Each track gives you the good feeling of relaxing at your favorite coffeehouse, sidewalk café or spending time enjoying your favorite coffee at home. Saxophonist Marcus Anderson singularly demonstrates professional growth in his music and presents it to us all with his new release, AND Coffee.

Heavily influenced by artists such as Michael Jackson, James Brown and PRINCE, Anderson’s magnetic stage persona and tremendous enjoyment of performing is undeniable. Anderson makes the stage his musical playground and the stage becomes the setting for where “style meets substance.” 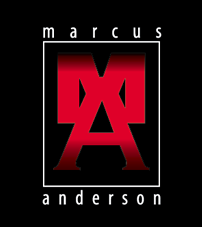 One of the premiere saxophonists in the world, Marcus Anderson is not only a sought after solo artist, with eight albums to date, who performs to audiences all over the world, and who accompanies other great artists such as CeeLo Green and Judith Hill, but he is also known as being a featured saxophonist with Prince’s New Power Generation. In addition to being a sax maestro, Anderson also plays flute, sings, writes, dances, produces and arranges music.

His recordings are heavily influenced by an eclectic array of artists from the Motown sound of Marvin Gaye, Michael Jackson, The Temptations, and Smokey Robinson to Prince, the Bee Gees and Maroon 5. This is further reflected in his recent album, “Marcus Anderson Xperience…M.A.X. Live in Concert” which is his tenth anniversary limited edition CD. It not only comprises amazing music, on the second CD of the two CD set Marcus provides the background to each of the songs featured and how he came to the musical space he is currently in.

“First off, he’s not just a saxophone player; Anderson is a singer-songwriter, producer, vocalist, dance choreographer, and if you nudge him hard enough, flutist.”

“It’s so refreshing to find an emerging powerhouse and risk taking composer and player like multi-saxman & vocalist Marcus Anderson.”

“Saxophonist Marcus Anderson, a Capitol Jazz Fest Challenge winner who has studied with Branford Marsalis, is a man you want to know if you like your contemporary jazz funky, urban and uplifting.”

“Anderson’s blissful horn and dazzling arrangements coupled with his crowd pleasing performances make him a true gem on the horizon.”

Urban jazz fans who favor Albright, James and Koz need to add a little of Marcus’ creatively expansive sunshine to their worlds.”

“When an album comes along with an obvious “shine” factor it makes my day. This sax man from South Carolina is definitely about to gate crash the big league with this his second album.”

See the Marcus Anderson Xperience for Yourself

The highly energetic M.A.X. tour is part of his 10 year celebration as a solo artist, and the concerts achieved numerous sold out shows across the country. Marcus Anderson released his 7th studio album And Coffee in October 2015 and has reveled in the acclaim and praise from notable musicians and performers in the industry. Having played and showcased at widely recognized festivals such as the Essence Music Festival, Montreux Jazz Festival and the Curacao North Sea Music Festival, Anderson comes with veteran experience at a young age as he is a graduate of North Carolina Central University’s illustrious jazz program, class of 2007. 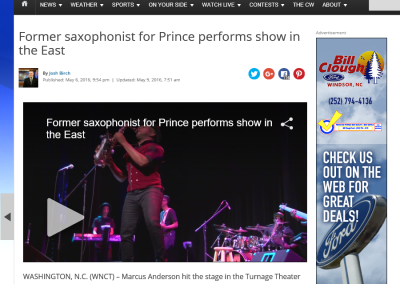 Former saxophonist for Prince performs show in the East

Member of Prince’s The New Power Generation performs in Birmingham