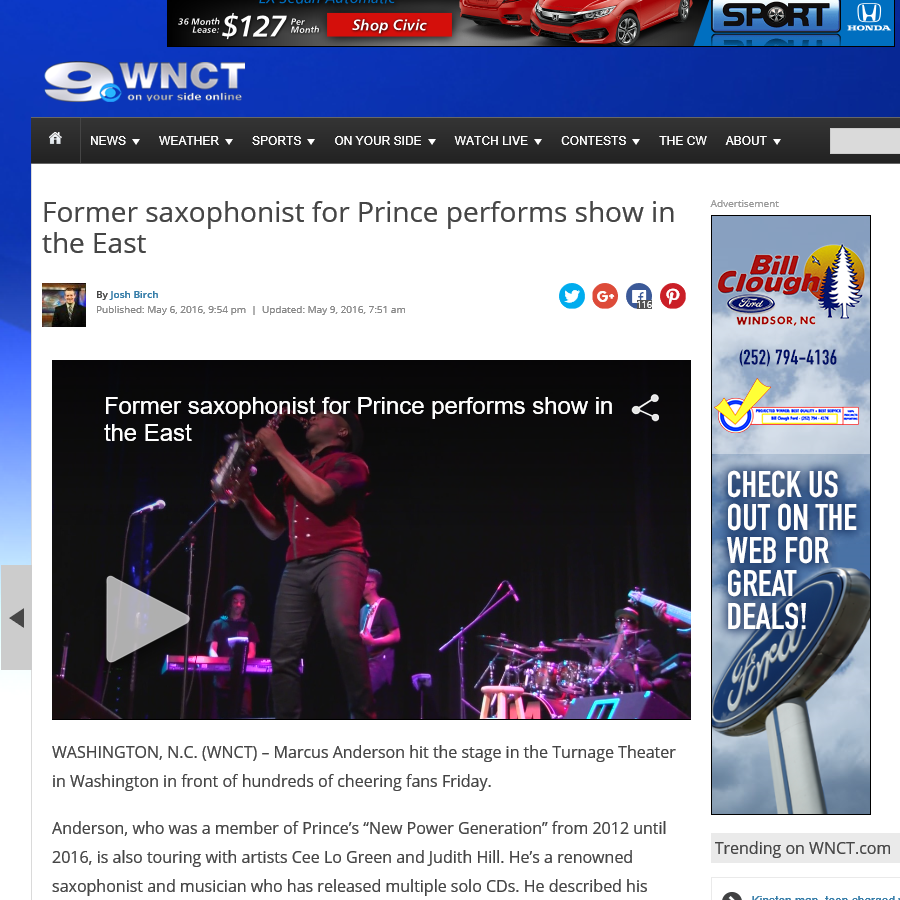 WASHINGTON, N.C. (WNCT) – Marcus Anderson hit the stage in the Turnage Theater in Washington in front of hundreds of cheering fans Friday.

Anderson, who was a member of Prince’s “New Power Generation” from 2012 until 2016, is also touring with artists Cee Lo Green and Judith Hill. He’s a renowned saxophonist and musician who has released multiple solo CDs. He described his years touring with Prince as educational.

Anderson told WNCT that Prince treated everyone with respect, and cared about what was going on in their lives. He said he tried to soak in as much as he could about the business while he toured with the superstar until April when Prince passed away.

Anderson said Prince’s death hit him hard. Now, he’s trying to live out his own legacy, while honoring Prince.

“He would want me to do what we were put here to do and play music and bring peace to the world because that’s what he believed music was, a healing entity,” Anderson said. “So when I play now I try to give my all, as I did before, but even more.” [READ MORE]