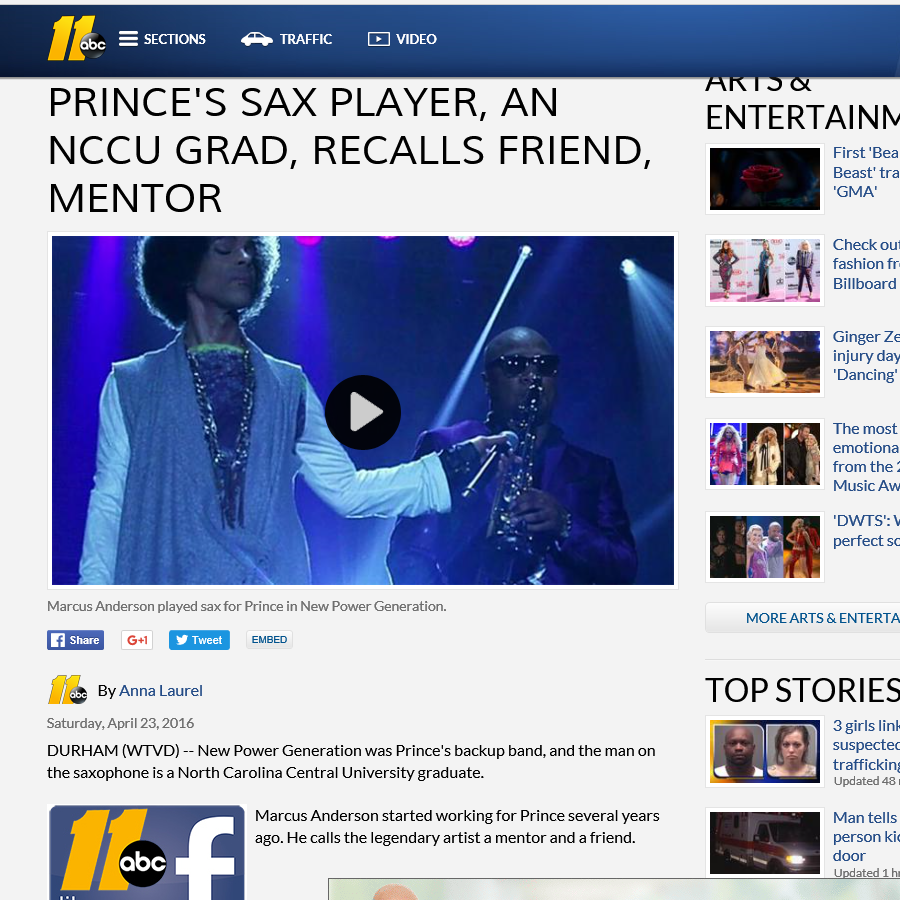 New Power Generation was Prince’s backup band, and the man on the saxophone is a North Carolina Central University graduate.

Marcus Anderson started working for Prince several years ago. He calls the legendary artist a mentor and a friend.

Anderson said Prince was cool and kind from the moment they met at his Paisley Park estate in 2012.

“He was very polite, very courteous, very generous, asked if we needed anything very hospitable,” Anderson said. “He was a great, great human being when we met him. No egos. The amount of stuff that he’d done, there was no ego. He showed us so much respect.” [READ MORE]