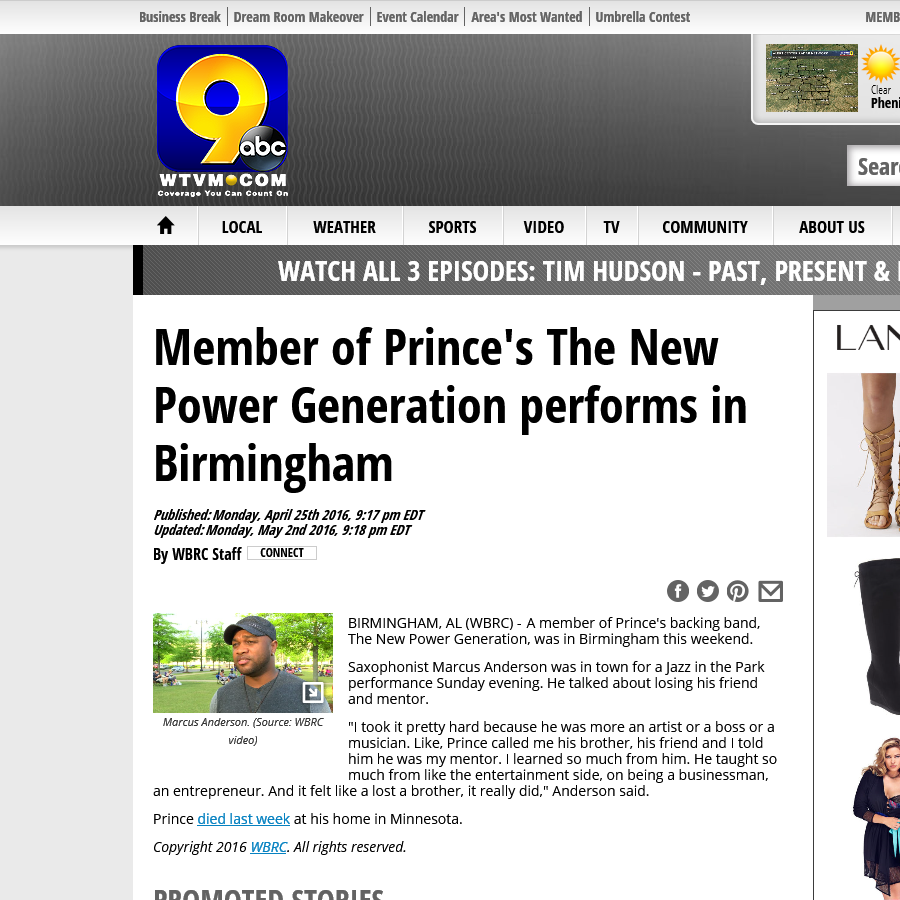 A member of Prince’s backing band, The New Power Generation, was in Birmingham this weekend.

Saxophonist Marcus Anderson was in town for a Jazz in the Park performance Sunday evening. He talked about losing his friend and mentor.

“I took it pretty hard because he was more an artist or a boss or a musician. Like, Prince called me his brother, his friend and I told him he was my mentor. I learned so much from him. He taught so much from like the entertainment side, on being a businessman, an entrepreneur. And it felt like a lost a brother, it really did,” Anderson said. [READ MORE]