With the holidays ahead of us, YXPlainIt jumps into the season with headstrong performances and radio appearances as they prepare for their “Day 1” tour stop at The Tavern at Ivy City Smokehouse. The band with the big sound will be at the corridors first neighborhood restaurant on Saturday, December 2nd at 10 pm. Tickets are $16.50.

YXPlainIt put their foot into their performances this past week, first delivering tracks off their new album “Day 1” on November 10th at WEAA’s 88.9 Masterclass with Robert Shahid. The band held a live streamed show discussing the release of their latest album, Day 1 and news about the upcoming tour.  Antone “Chooky” Caldwell, Vohn “Mr. Higgz” Higginbotham and Chris “Biscuit” Bynum, the multi-instrumentalists who make up YXPlainIt, took the opportunity to show why they are among the top performers in the realm of adult contemporary music. With over 20 years of music development and collaborations with some of the industry’s top music artists, the Masterclass show was a tell-tale of why this group found grappling success in the nation’s capital and in venues along the East Coast.

Beyu Caffe is the latest performance hub that got a dose of the experience that YXPlainIt gives its fans. A noted diverse audience of music lovers came out to hear an incredible display of superior musicianship this past Saturday in Durham, NC for two sold-out evening shows, giving the downtown venue a memorable experience that creates something for the Triangle area concert goers to look forward to every time the band comes to town.

Patrons of Ivy City Tavern will have their chance to hear Chooky, Mr. Higgz and Biscuit do their thing for a memorable night of live music and the incredible energy from three of D.C.’s musical titans. Ivy City is unique as the corridor is the industrial section of Northeast D.C. and was laid as a suburban development for African Americans in 1873. A resurgence of music culture is taking place through the events happening at the tavern and YXPlainIt is glad to be part of the historic neighborhood’s cultural renaissance.

Get your tickets for the Ivy City Tavern performance on their website and listen to their album Day 1 on Amazon! For press and interview opportunities, contact Desiree Samira of DSE Live: desiree [at] dselive [dot] com. 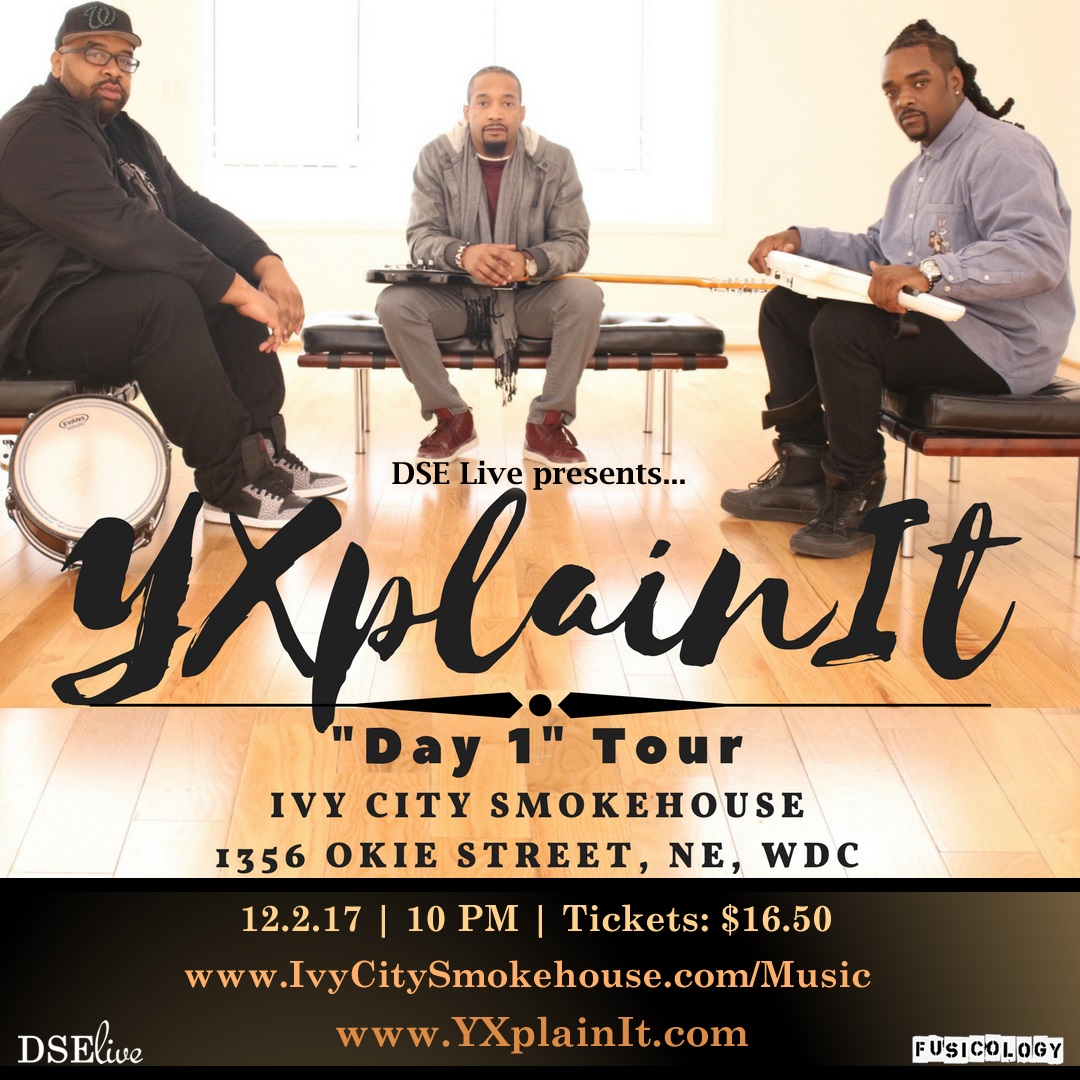