From “Day 1,” Washington’s Big Three Show How To Master The Art of Sound In Debut YXplainIt Album 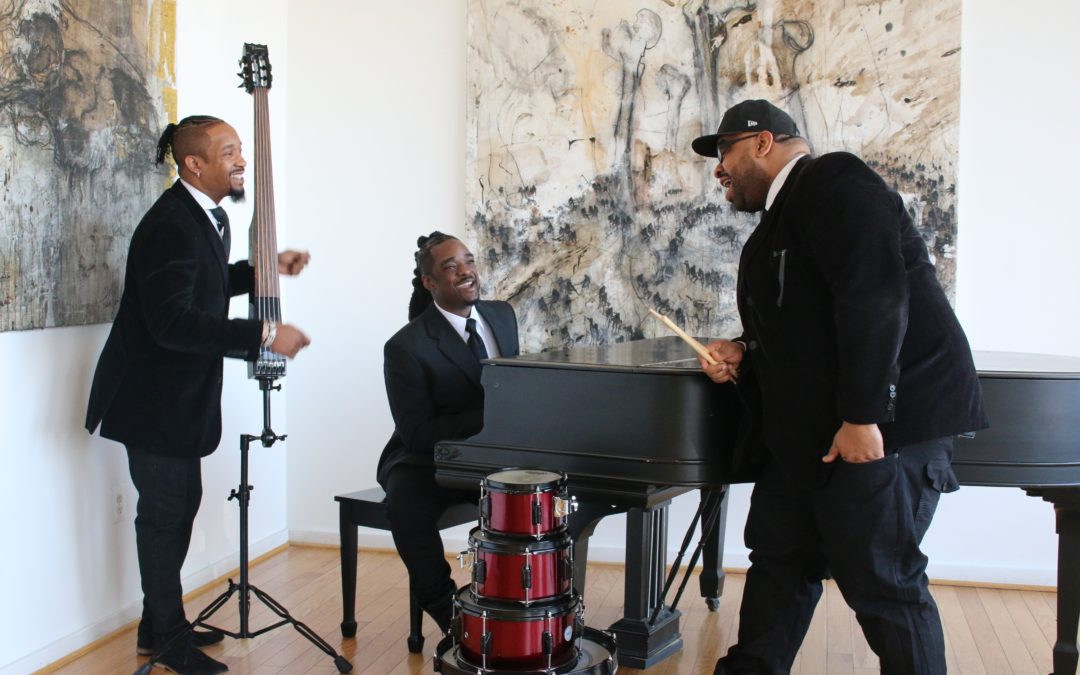 From “Day 1,” Washington’s Big Three Show How To Master The Art of Sound In Debut Album
The city’s top musical instrumentalists and engineers come together for a powerful combination of adult contemporary, jazz and R&B music

FOR IMMEDIATE RELEASE: Washington, DC (May 23, 2017) – Years of mastering talent, successful collaborations, and a long-lasting friendship sets Washington D.C.’s YXplainIt on a different path as they kick off for the showcase of their first collaborative album, Day 1. The performance will take place at the legendary Blues Alley on Thursday, June 29, 2017, offering two shows – 8 PM & 10 PM.

Antone “Chooky” Caldwell, Chris “Biscuit” Bynum, and Vohn “Mr. Higgz” Higginbotham are masters in their delivery of adult contemporary music as they fuse jazz, blues, gospel hip-hop, rock and electronica into their magnanimous sound. Moving hearts and minds with their respective contributions of beats, bass, and melody, members of YXplainIt are saluted for their work by the likes of Mariah Carey, Snoop Dogg, Shirley Caesar, Ledisi, The PussyCat Dolls and Jill Scott just to name a few. Individual success garnered recognition from nationally-accredited artists and stages, pushing “Day 1” to the top for contemporary albums this summer as the work is already gaining traction, both nationally and internationally.

Wowing audiences with performances filled with good vibrations and positive sounds, book YXplainIt and bring a sophisticated, full-bodied experience to music lovers everywhere. Take part in their journey and get more of their incredible stories with an in-studio interview; or, for press inquiries for the day show, contact DSE Live at Media@DSElive.com. Tickets for the show can be found at www.BluesAlley.com. Day 1 released on May 1st and is available now on iTunes.

Take three heavy-hitters in the music industry, who have proven to capture adult contemporary music in the way that Antone “Chooky” Caldwell, Vohn “Mr. Higgz” Higginbotham and Chris “Biscuit” Bynum have, to generate timeless audible landscapes that allude to the sense of every genre. After more than 20 years of individual successes in entertainment, the childhood friends and Washington D.C. native’s debut their first album “Day 1” live at the legendary Blues Alley in the nation’s capital.

This dynamic trio exquisitely blends their sound to bring 100% musical euphoria experiences to their listeners. Each member of YXplainIt offers their “33 1/3” to the collective as this concept of collaboration is shared with budding artists at music conferences and workshops. Coining the term “BBM,” representing Beats, Bass & Melody, YXplainIt is a melting pot of each artist’s musical contributions.

For brothers Caldwell and Higginbotham, the path to musical greatness was pre-destined. Born into a family of musicians, both have welcomed individual success to add to their generational DNA of artistic fortitude. Caldwell, the bass element of the group, has been a power player in the music industry with his first bass guitar given to him at five years old. A multi-instrumentalist, the bassist is also a master of the trombone, piano, sousaphone, lead guitar, and percussion. Genius and musical prowess allowed him to develop
as a composer, songwriter, and engineer, gaining respect as one of the most sought-after talents in the industry. Caldwell’s resume is flawless, having worked with a variety of national and international acts such as Heather Headley, Macy Gray, Sisqo of the group Dru Hill, Snoop Dogg, Mariah Carey, The Pussycat Dolls, Rahsaan Patterson, London-based recording artist, Ali, and Gospel recording artists Andrae’ Crouch, and Shirley Caesar just to name a few. The veteran has contributed to the world’s music library with solid production and engineering credits throughout the past decade.

Caldwell credits Higginbotham for the melody that YXplainIt weaves into its orchestration. Recognizing that his brother was serious when he witnessed him practicing on the keyboard during the holidays, Caldwell’s insight as a composer would only have Higginbotham as a necessary third to the intrinsic group. By ten years old, the eclectic musician had already developed a distinct approach to his interpretation of music, with sound manipulation being a method of his production. Higginbotham has played and produced for many national recording and Grammy- nominated artists such as Raheem Devaughn, Chrisette Michele, Ledisi and Wayna along with contributing to notable acts from the District like Yazarah, Dub Ellington, Phil Ade and the aforementioned Sound Of The City band. The group’s “do it big, or don’t do it all” comes through their big-band sound, with Higginbotham as the lead conductor driving the rhythm of jazz, blues, gospel, hip-hop, rock and electronica into the music.

Bynum – a percussionist of 16 years whose beats can be heard in tracks for Ledisi, Chrisette Michele, Raheem DeVaughn, Jill Scott, Hip-Hop Pansula of South Africa, Marsha Ambrosius, Dwele, and many other major music artists – was recognized to be a gifted musician as a toddler when a family member heard him tapping to a rhythm in his crib. The gradual progression led Bynum to major in Music Performance at Bowie State University in Maryland and amassing an incredible reputation for his compositions. Bynum is a key member of the acclaimed Sound of the City Band in Washington, D.C. who has accompanied internationally-recognized recording artists on stages such as Keyshia Cole, Angie Stone, Jill Scott, Bilal, Dwele, Floetry and many more. He is also the CoFounder of Sound of the City Music Group, Inc, a business that offers music production, live band and vocal backing, vocal production and arrangement, songwriting, music education, and artist development.

“Day 1” is the beginning of an ongoing love affair with the creative process in making great music and the first of a trilogy of albums slated to release in 2017. While the album gains traction nationally and internationally, YXplainIt delivers their melodic BBM sound globally in intimate historic music venues, concert halls and festivals. Their chemistry, made through brotherhood and family ties, is confirmed when the big three hit the studio, leaving all limits at the doorstep and opening the ears of listeners to unbounded musical chemistry. Keep the categories at home as YXPlainIt showcase timeless music whose energy alone is all the identification listeners need. – YXplainIt.com 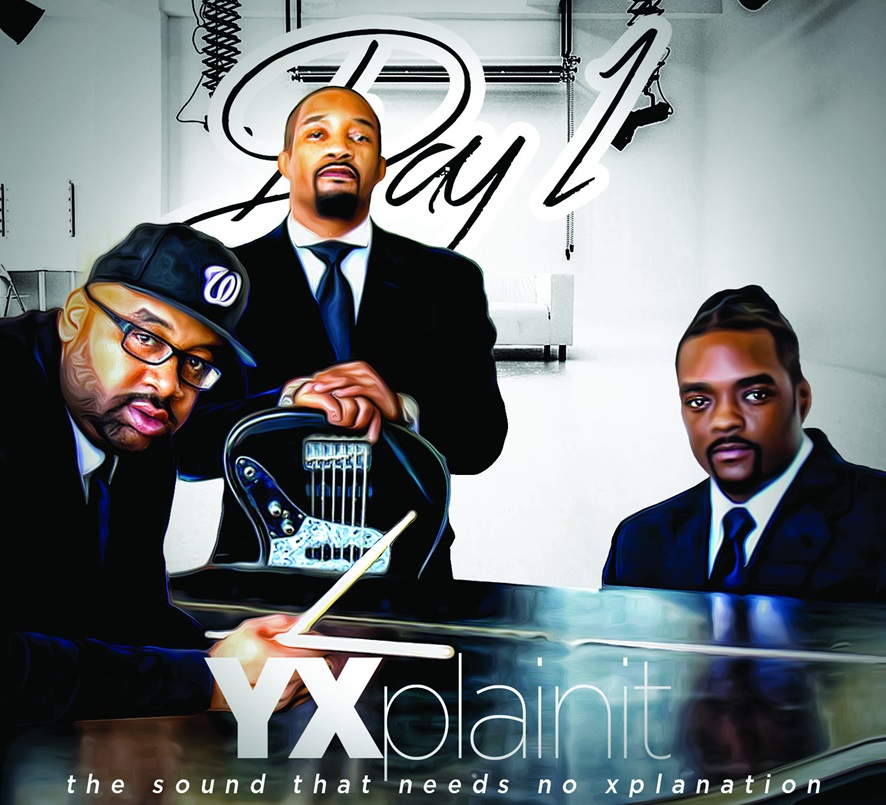