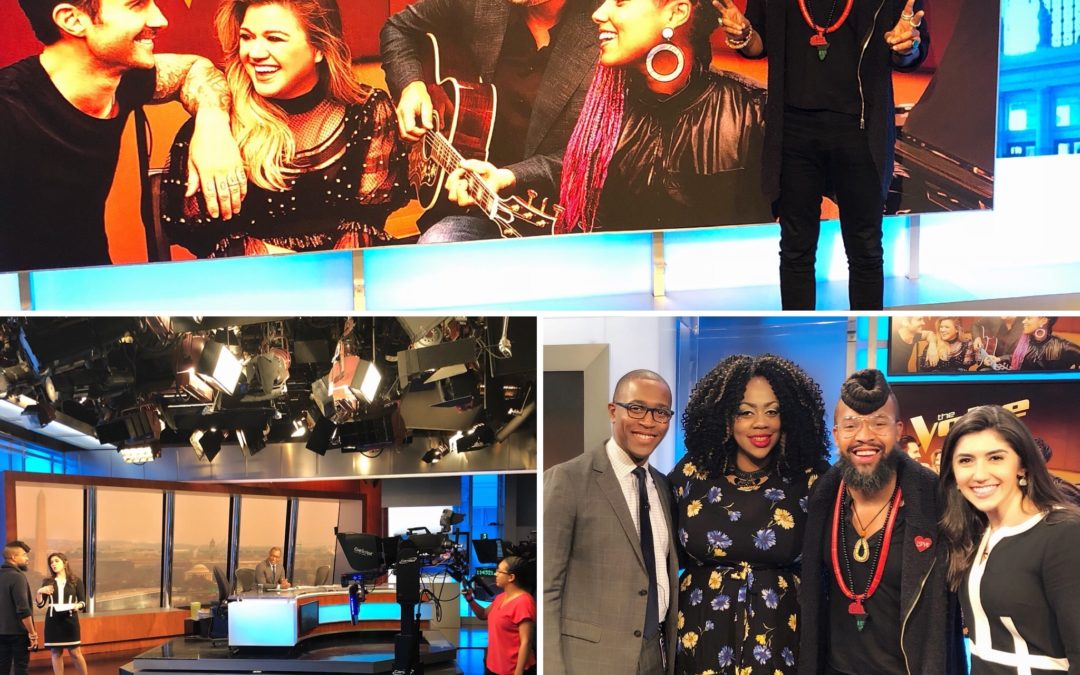 Television publicity adds power and influence to our clients brand. We assist our clients by gaining powerful media assets. Special thanks to the producers at NBC4 for accepting our request to interview Terrence Cunningham on his journey from Washington, DC to Hollywood.

About Terrence Cunningham
Terrence Cunningham is an international recording artist, singer/songwriter, who has from his experiences on and off stage developed a true heart for people, wanting only to give a gentle and empathetic reminder of our self-worth. Some know him as a musician, many as the friend, and most as both. To one, he’s just dad. To him, well that’s to be determined.

About The Voice
The Voice 2018 USA YouTube channel features exclusive content with The Voice coaches, highlights from The Voice auditions, interviews with The Voice winners, as well as The Voice recaps and results. Learn more about The Voice contestants, The Voice tour, the eliminations, and follow your favorite performers all the way to the finale. In season 14, Kelly Clarkson joins returning coaches Adam Levine, Blake Shelton, and welcomes back Alicia Keys as celebrity musician coaches, while Carson Daly continues to serve as host. The show’s innovative format features five stages of competition: the first begins with the blind auditions, followed by the battle rounds, the knockouts, the live playoffs and finally, the live performance shows.