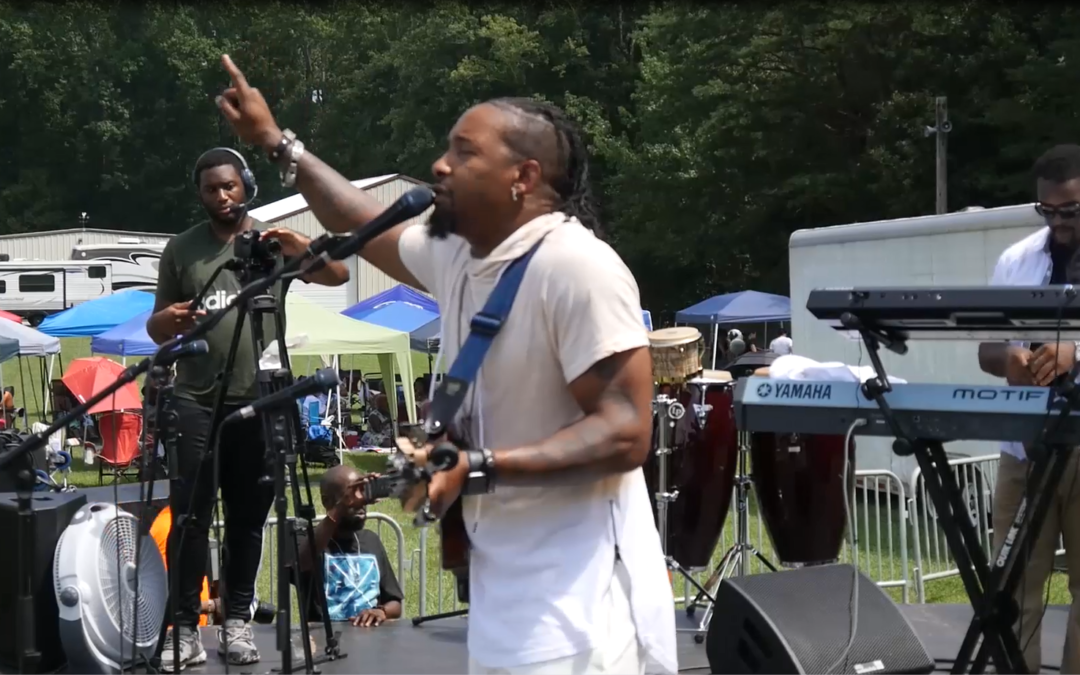 Nothing could conceal what Antone “Chooky” Caldwell had for jazz lovers in the D.C. Maryland and Virginia area this past weekend. Before the solar eclipse became front and center of everyone’s attention the stage was set at the Calvert County Fair Grounds for the 3rd Annual Southern Maryland Wine, Jazz, R&B, and Funk Festival for a sincere celebration of the culture. Beautiful skies and welcoming weather made the event that much more pleasurable for music lovers who ventured to the festival on Saturday, August 19th and Sunday, August 20th. With all of the good vibes provided by nature and the promotion from DSE Live, it was enough for Chooky along with his performance band known as “The Truth” to bring festival goers a show that they are still talking about across social media!

“My Calvert County experience was amazing! It has been a while since I’ve performed my solo music,” said Caldwell. Since teaming up with his brother Vohn “Mr. Higgz” Higginbotham and longtime friend Chris “Biscuit” Bynum to make the band, YXPlainIt, Caldwell has been enveloped in a number of projects and shows pushing the group’s first album titled Day 1. “I’ve been staying busy, producing and participating in philanthropy and community rejuvenation projects. To take the stage and the crowd is so embracing, attentive and supportive made the platform of performance a momentous one,” said Caldwell.

DSE Live prepped the public for Chooky and The Truth by booking a surprise live performance set with WPFW 89.3 on Wednesday, August 16th. The Live @ 5 radio show welcomed the musicians and with all the feedback from their tremendous act, the station decided to air the performance for a second time on Friday, August 18th. Fans flooded Chooky and the station’s social media pages with so much positive response from the performance, only excellence was expected for the remainder of the weekend!

Antone “Chooky” Caldwell would like to express the most sincere thanks to festival producer, Onyx Linthicum and the 3rd Annual Southern Maryland Jazz festival crew for building an experience heightened with expectancy for years to come, to the program managers at WPFW 89.3 for the opportunity to perform for the listening pleasure of thousands, and to DSE Live for backing artists with premier promotion and representation!