DSE Live PR Client, Marcus Anderson, Gives the Gift of Jazz with “This Is Christmas” Album 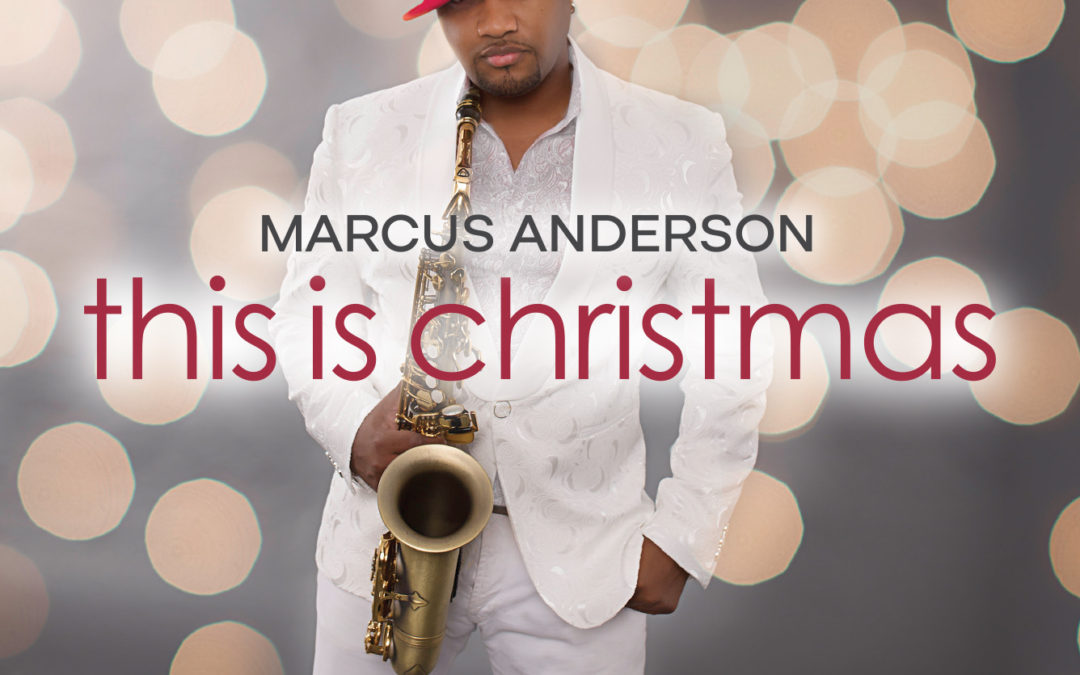 FOR IMMEDIATE RELEASE: Washington, DC (October 27, 2017) – This is definitely Marcus Anderson’s season! Giving listeners another gift of sensual jazz, the saxophonist delivers his 9th studio album, This Is Christmas to an ever-growing audience of eclectic taste. Anderson, whose savvy approach to music earned him number one spots on Billboard’s Smooth Jazz and Sirius XM’s Watercolors, leads his album release with a visual for the single “Christmas With Her.”

A major league hitter for all things jazz, Anderson’s holiday album comes after his recent work with Ceelo Green as a key contributor to the traveling band for Green’s Love Train Tour. A change in scenery puts the multi-instrumentalist in the mood to promote one of his biggest seasonal works to date as This Is Christmas comes with its own list of stage-worthy tunes. Set the tone for this holiday season with boundary-breaking soul and jazz renditions of yuletide favorites such as “Oh Christmas Tree,” “This Christmas” and “Oh Come All Ye Faithful.” For those who desire a sound that is favorable any time of year, the album definitely packs several notable adult contemporary tracks that break traditional expectations of jazz-themed Christmas music. Play “Favorite Time of the Year” on a romantic evening or “Jingle Jam” with its playful and funky melody that is the perfect soundtrack for a gathering of family and friends.

Since finding chart-topping success from “A Cup of Joe” from the And Coffee album, the video for “Christmas With Her” is the season opener as its welcoming intro and warm images of romance and holiday traditions makes this single a highlight from a promising album. Developing another level of stage presence during his work with Prince’s New Generation band is revealed in Anderson’s performative abilities, which shine at the end of the video.

Sit down with Marcus Anderson’s This Is Christmas album and revel in the work of an artist whose name is popular among jazz lovers ranging from music industry greats to the everyday music listener. Click here to watch “Christmas With Her” then make your way to listen to the album, now available on Amazon and Apple Music.

The Recording Academy lists Anderson in three categories, earning him the promise of a Grammy nomination for 2018.

ABOUT MARCUS ANDERSON:
An incredible act and one worth watching, saxophonist Marcus Anderson is the golden child shining among stars. With eight studio albums on his list of accomplishments, the fusion jazz artist brings R&B, Pop, Rock, Latin and Funk to make music that puts listeners in another atmosphere. Charting number one in both categories of Billboard’s Smooth Jazz and Sirius XM’s Watercolors with his exceptional hit “A Cup Of Joe” from the album And Coffee the Spartanburg, SC native is delivering major music in a humble way. His work with the late Prince and the New Power Generation led him to join stages with the likes of Ceelo Green, where he has become a key contributor to Green’s touring band.

Anderson is an act that puts on a show for and with household names. Whether he is performing for dignitaries such as President Barack Obama, Jesse Jackson and Hillary Clinton or blazing the stage with Sheila E., Anthony Hamilton or Judith Hill in a collaborative effort, Anderson is always the man of the hour, delivering stellar musicianship every time. Lailah Hathaway,  Esperanza Spaulding, George Duke, Jennifer Holiday are just a few out of the numerous world-renowned artists that Anderson has opened for and with whom he has shared the stage.

Both near and far, audiences of all musical tastes have made their way to hear Marcus Anderson and the Experience. He and his band present a show in which he not only plays the sax but sings and performs choreography as well. High-spirited and welcoming, Anderson is a multi-instrumentalist who is not afraid of “showing out” He’s a fan-favorite at highly recognized festivals such as Essence Music Festival, Catalina Island Jazz Trax Festival and many more. He has also appeared with headliners on top-ranking shows like The Tonight Show, Arsenio Hall, Jimmy Kimmel Live! and Jimmy Fallon. For more information, visit: http://www.MarcusAnderson.net.

Watch “Christmas With Her” 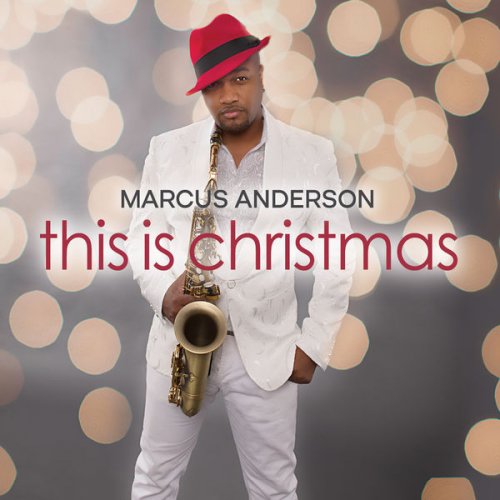 The gift of sound is fit for every season when Marcus Anderson comes to play. The saxophonist stands out with This Is Christmas, turning the traditional holiday cheer into something listeners can play throughout the year.    Breaking boundaries of soul and jazz, the tone is set and the vibe is just what one expects from a seasonal release with the reminders of home and family latticed throughout the compilation. Renditions of yuletide favorites such as Oh Christmas Tree, This Christmas and Oh Come All Ye Faithful welcome listeners with cheer and instrumental grace, enhanced by Anderson s natural musical trope. Every facet of his talented ensemble is enlisted to heighten the experience of the songs we’ve all come to love and enjoy.

What is not expected is the sensuality which Anderson channels to break traditional expectations of jazz-themed Christmas music to deliver an album that can turn any day into a holiday. Play Christmas with Her and Favorite Time of the Year for a romantic evening with someone special- the melodies are perfect for cuddling, whether it be rain, sun or snow. Jingle Jam is another surprise, as Anderson embraces the more funky aspects of his musical background so that you can bring this track to the cookout!

Plug in the tree and light the candelabra because it is officially ignited with This Is Christmas! Clever and exceptionally -mastered, this album brings out the best of every occasion from winter to summer, spring and fall. Charging the senses while keeping you in the mood to celebrate, groove with Marcus Anderson and share the spice of the holiday season any time of year!