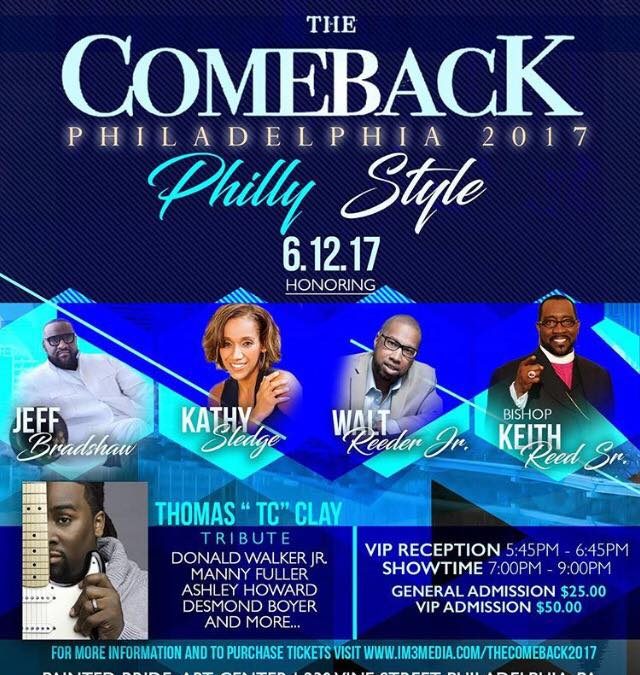 Since 2010, The Comeback Philly “Style” puts natives contributing to the Philadelphia in the spotlight

Hailing from North Philly as one of the top musicians of his generation, trombonist Jeff Bradshaw will be recognized at this year’s Black Music Month celebration – The Comeback “Philly Style” in the city of brotherly love – Philadelphia, Pennsylvania. The event, hosted by IM3 Media, will take place at The Painted Bride Art Center on June 12, 2017.

Bradshaw, who honored by national stars from the great city at the Brotherly Love Benefit Concert back in January will be among several recipients to receive the Profile in Excellence and Innovation Lifetime Achievement Award. The trombonist has contributed to the Philadelphia music scene for over 25 years and has engineered, produced and performed alongside international acts such as Michael Jackson, Earth, Wind & Fire, Patti Labelle, Erykah Badu. Over the last 13 years, Bradshaw refined his sound, making him the go-to guy for artists with  Mary J. Blige, Jay-Z, the Roots, and Jill Scott, to name a few. A fitting award for his role in music heritage for the city of Philadelphia, the devoted artist stand among notable past honorees including Jazmine Sullivan, Marsha Ambrosius, James Poyser, Charlie Mack, Kenny Gamble & Leon Huff, Dyana Williams.

This tribute to black music features music from both classic and current generations of singers of original Philadelphian roots. Tickets for the event can be found at Eventbrite; meanwhile, listen to the NAACP Image Award nominated album Bone Appetite and be wowed by the musicianship of Jeff Bradshaw.

The Painted Bride Art Center is located at 230 Vine Street, Philadelphia PA 19106. VIP Reception begins at 5:45PM and the show begins at 7PM.