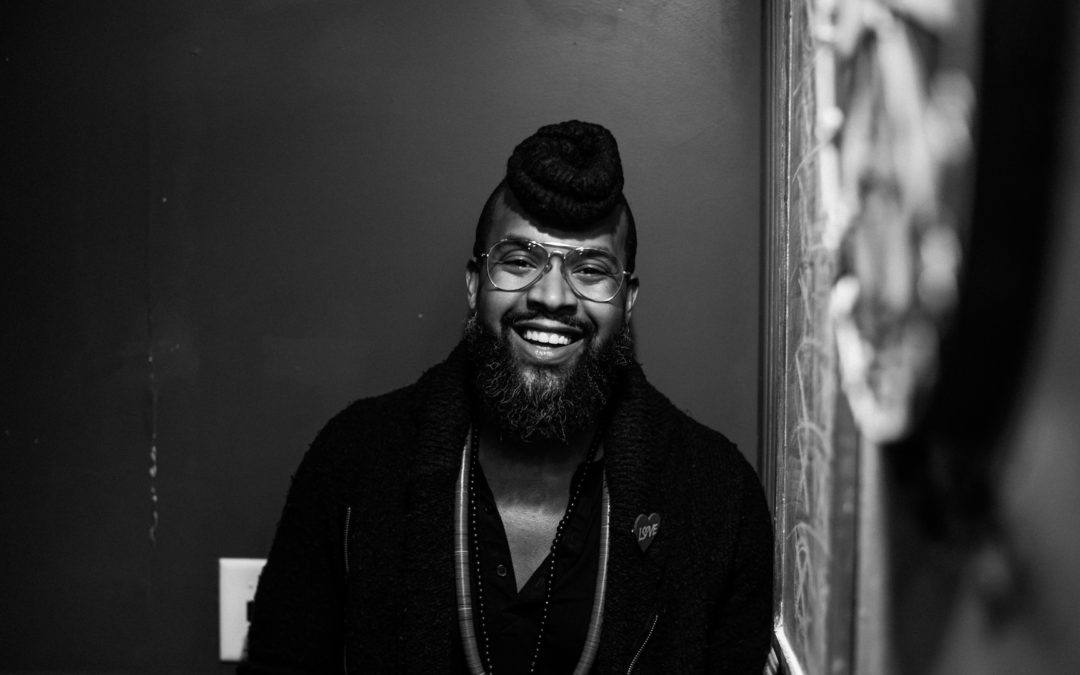 WASHINGTON, D.C., March 7, 2018 — For Terrence Cunningham, last night may have been the night to let him know that all the stars are closer. The Washington, D.C.-native who has found his way to Hollywood appeared on NBC’s “The Voice” for the fourth set of blind auditions. Cunningham was among eight contestants to vie for the opportunity to be coached by the show’s most-loved and well-renowned artists, which, in its fourteenth season, features Blake Shelton, Alicia Keys, Kelly Clarkson and Adam Levine.

This is a nostalgic moment, particularly for DSE Live. Having been one of the first premiere artists to seek Desiree Samira for artistic development, booking and live production, and the two collaborated and launched the Metropolitan Muse Concert Series held at Layla Lounge in Washington, DC. The concerts propelled a number of artists from the area, including Cunningham, to gain visibility from labels such as Sony Music and Universal Music Group Distribution.

Terrence is not new to the music scene by any means; the 36-year old pianist and vocalist has toured and shared the stage with the likes of Ledisi, Emily King, and Ayanna Gregory – who he made one of his most memorable moment by performing a tribute song for her father,  the legendary late comedian and activist Dick Gregory. From the age of three, he had the ear to learn how to play Prince’s “Little Red Corvette” from just hearing three notes and it has evolved into a major opportunity at stardom. Congratulation Terrence for continuing to make waves!

Tune in to “The Voice” next week on Monday, March 12th, and Tuesday, March 13th at 8 pm EST to watch Terrence as he joins #TeamAlicia to compete for the chance to win $100,000 and a recording contract with Universal Music Group.

About Terrence Cunningham
Terrence Cunningham is an international recording artist, singer/songwriter, who has from his experiences on and off stage developed a true heart for people, wanting only to give a gentle and empathetic reminder of our self-worth. Some know him as a musician, many as the friend, and most as both. To one, he’s just dad. To him, well that’s to be determined.

About The Voice
The Voice 2018 USA YouTube channel features exclusive content with The Voice coaches, highlights from The Voice auditions, interviews with The Voice winners, as well as The Voice recaps and results. Learn more about The Voice contestants, The Voice tour, the eliminations, and follow your favorite performers all the way to the finale. In season 14, Kelly Clarkson joins returning coaches Adam Levine, Blake Shelton, and welcomes back Alicia Keys as celebrity musician coaches, while Carson Daly continues to serve as host. The show’s innovative format features five stages of competition: the first begins with the blind auditions, followed by the battle rounds, the knockouts, the live playoffs and finally, the live performance shows.