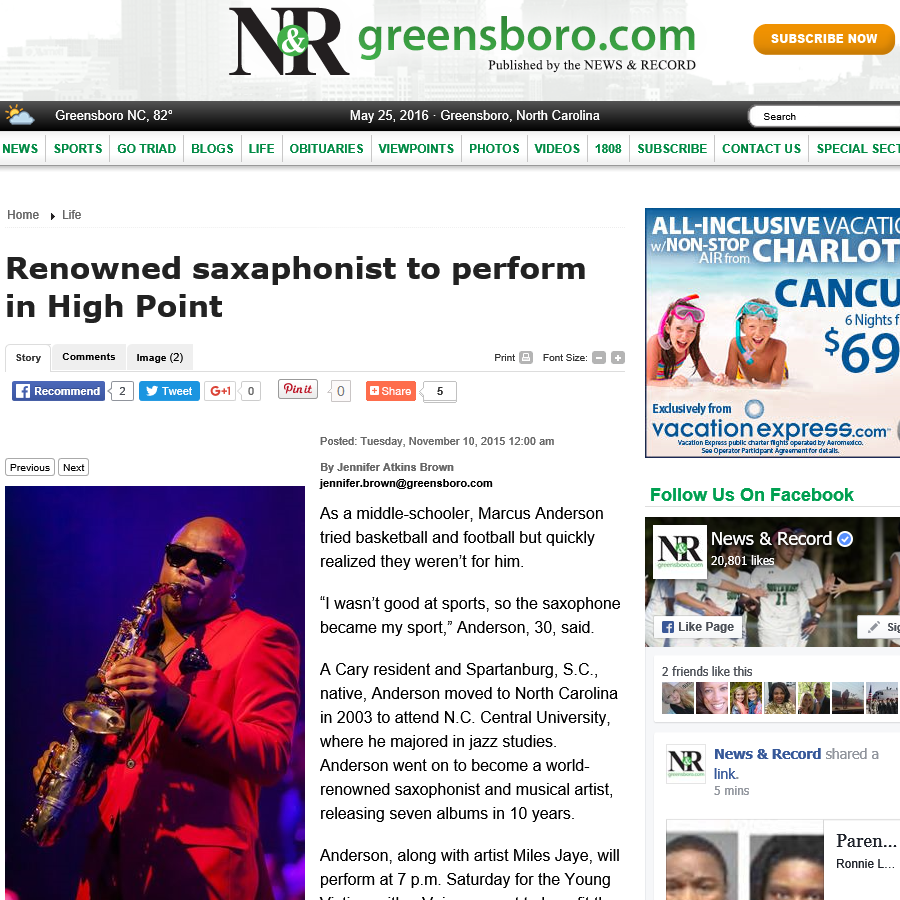 As a middle-schooler, Marcus Anderson tried basketball and football but quickly realized they weren’t for him.

“I wasn’t good at sports, so the saxophone became my sport,” Anderson, 30, said.

A Cary resident and Spartanburg, S.C., native, Anderson moved to North Carolina in 2003 to attend N.C. Central University, where he majored in jazz studies. Anderson went on to become a world-renowned saxophonist and musical artist, releasing seven albums in 10 years.

Anderson, along with artist Miles Jaye, will perform at 7 p.m. Saturday for the Young Victims with a Voice concert to benefit the Nicole Sade Enoch Foundation. The concert will be held at The Point Event Center in Jamestown.

“I always like coming home to where I started,” Anderson said. “It’s good to see familiar faces, and it’s motivating.” [READ MORE]