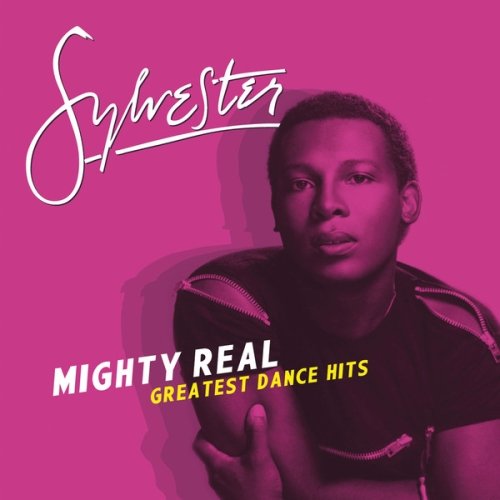 LOS ANGELES, CA – Twenty-five years after his untimely death, the iconic legacy of Sylvester, the “Queen of Disco,” will be resurrected with Mighty Real: Greatest Dance Hits, due out June 25th (international release dates vary) on Fantasy Records. This collection will celebrate the life and music of the artist who once danced his way into the hearts and minds of the disco and LGBT communities.

A quarter of a century after his passing, Sylvester will make a fabulous debut back into a prolific time in the LGBT community just the way he would have liked it – through dance music. This 11-track release, available on CD and on double pink vinyl, will feature a number of original album tracks and 12” mixes that are rare or no longer available on CD, as well as the brand new remix of the iconic “You Make Me Feel (Mighty Real)” by Grammy-nominated remixer and DJ, Ralphi Rosario (Rihanna, Mariah Carey, Beyonce, Madonna, etc.).

To listen to the new Ralphi Rosario Dub remix of “You Make Me Feel (Mighty Real)” click here: http://snd.sc/ZUCi8S

As a dear friend of Harvey Milk and an icon to the LGBT community, Sylvester has long held a special place in music and socio-political history. Sylvester was not only one of the first disco stars to stand openly gay, but bravely crossed beyond the boundaries of race, gender and sexuality to become a proud figure of the gay liberation movement.

A Los Angeles local, Sylvester found his home in the vibrant subcultural scenes of San Francisco in the late sixties. As the community around him became devastated with AIDS, Sylvester’s music took on a sort of weary determination, becoming a call to live, to keep dancing and to keep loving.

Sylvester passed away twenty-five years ago on December 16, 1988 and upon his death, Sylvester bequeathed royalties from the sale of his music to benefit two charitable organizations in the San Francisco Bay Area: the AIDS Emergency Fund and Project Open Hand.

“Decades later, even as strides have been made in the fight against the disease that has taken so many lives, Sylvester’s music lives on, a call to be fabulous against the odds,” said Joshua Gamson.

Mighty Real: Greatest Dance Hits was produced by Tom Cartwright and Chris Clough on Fantasy Records with liner notes written by Joshua Gamson, author of The Fabulous Sylvester: The Legend, The Music, The Seventies in San Francisco.

A portion of the proceeds from this compilation will go to:

• The AIDS Emergency Fund (AEF), founded in 1982, was one of the nation’s first responders to the AIDS epidemic, helping AIDS patients live with dignity in their final days.  Thirty years Later, AEF is still providing annual housing and utility payment assistance to more than 2,000 people battling HIV/AIDS.  Sylvester’s bequest remains one of the few examples of a major artist donating their royalties to charity in perpetuity.  To this day, Sylvester’s thoughtful gesture provides tens of thousands of dollars each year to help low-income people with HIV/AIDS who have nowhere else to turn for help. For more information, visit www.aef-sf.org

• Project Open Hand is a nonprofit organization that provides meals with love to seniors and the critically ill. Every day, it prepares 2,500 nutritious meals and provides 400 bags of healthy groceries to help sustain our clients as they battle serious illnesses, isolation, or the health challenges of old age. The organization serves San Francisco and Alameda Counties, engaging more than 125 volunteers every day to nourish our community. For more information, visitwww.openhand.org. 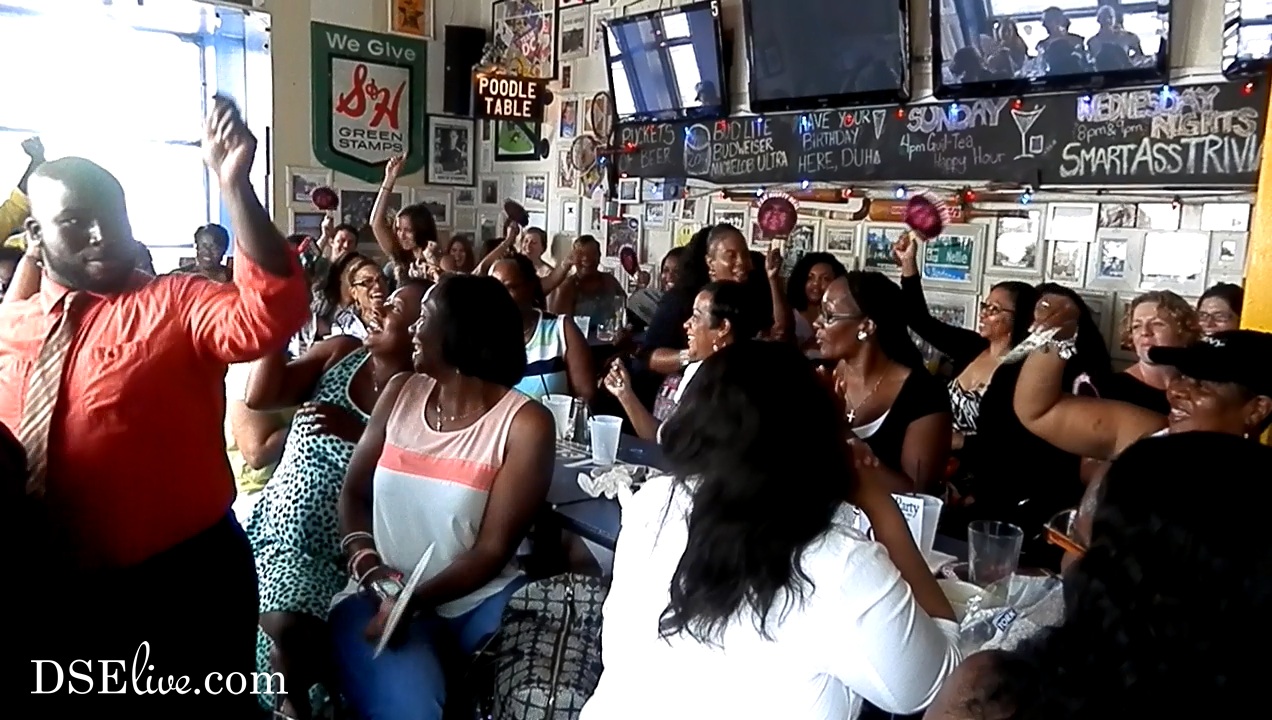 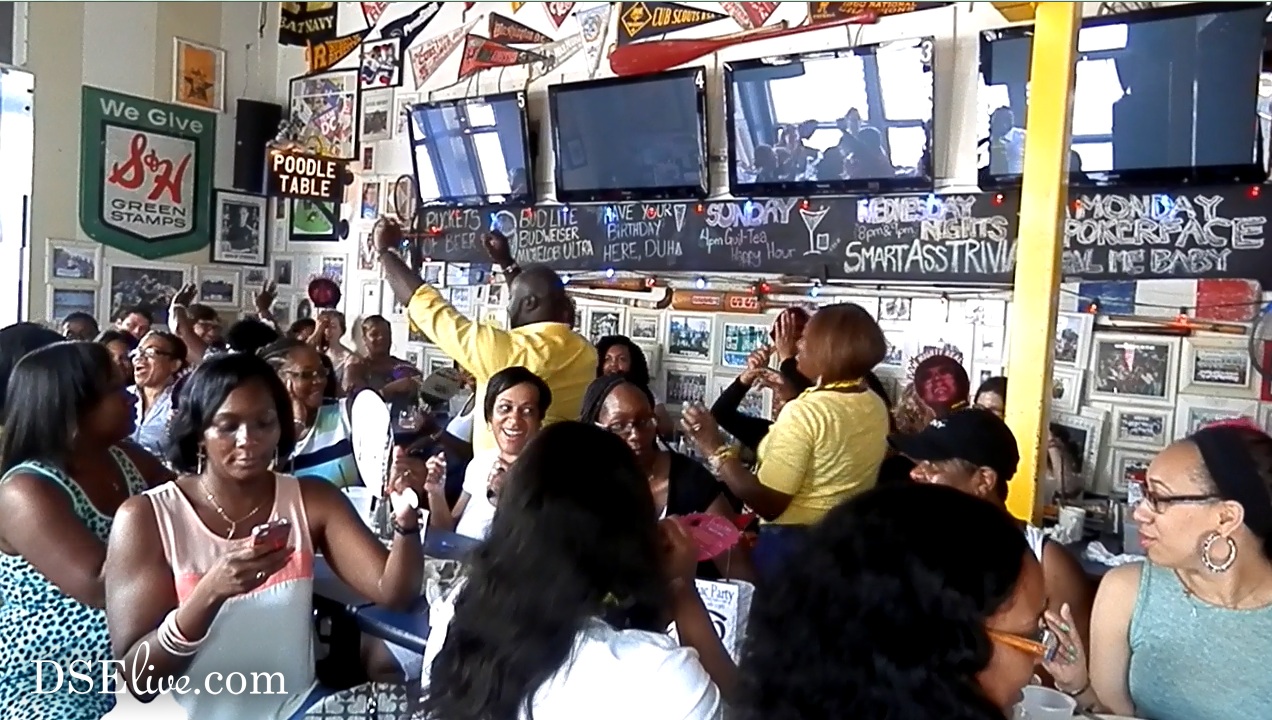 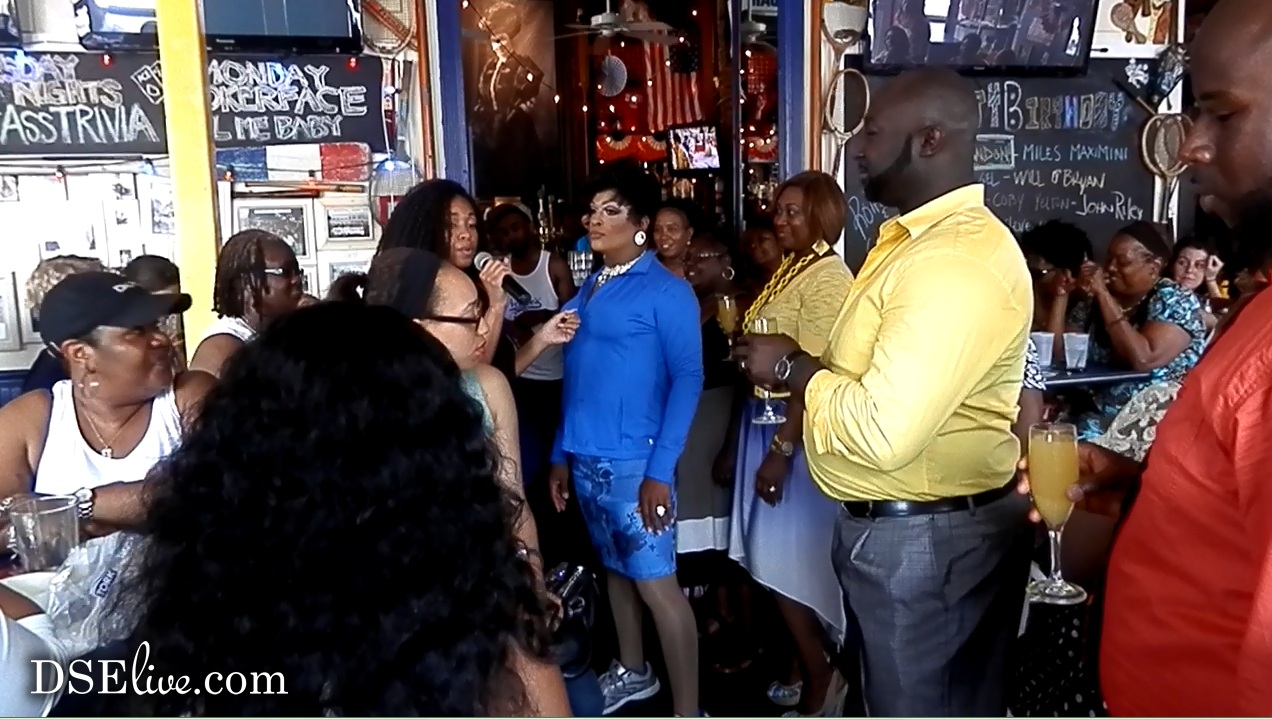 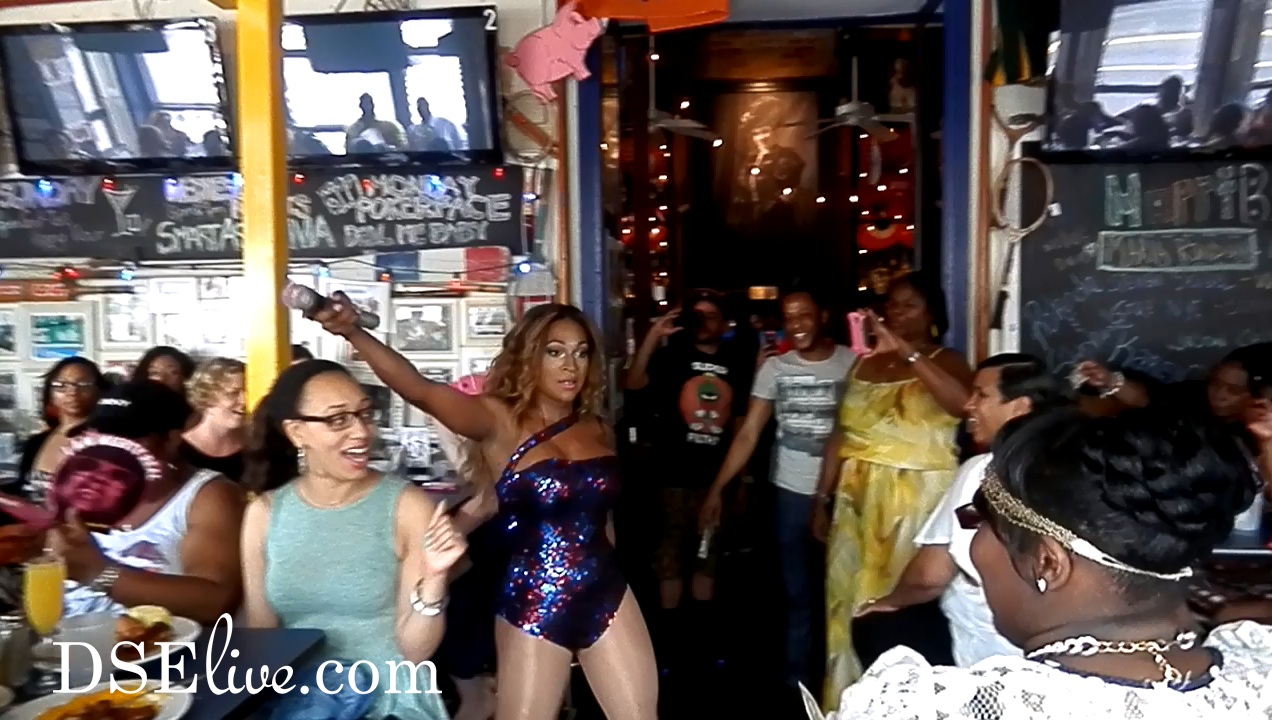 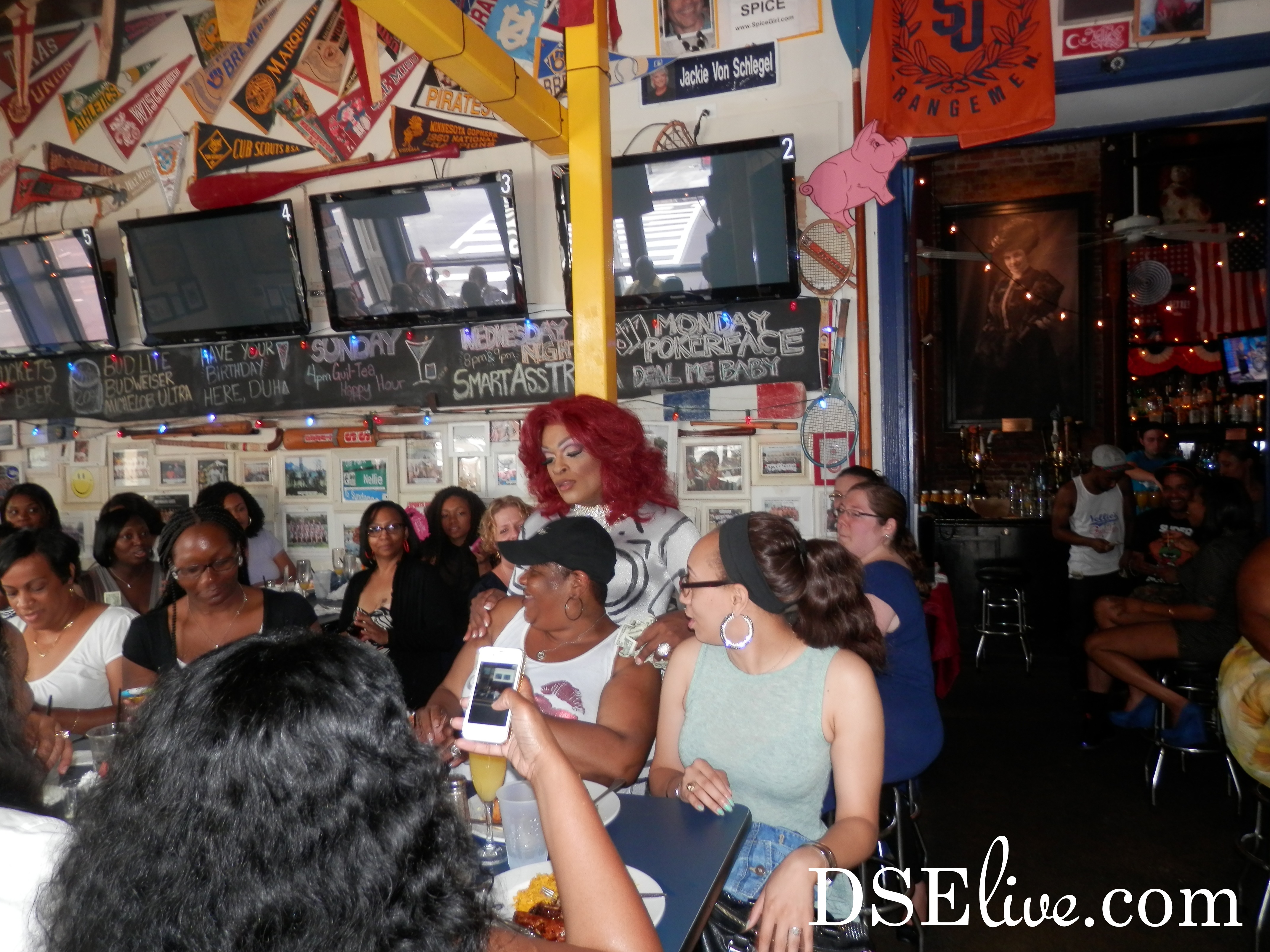 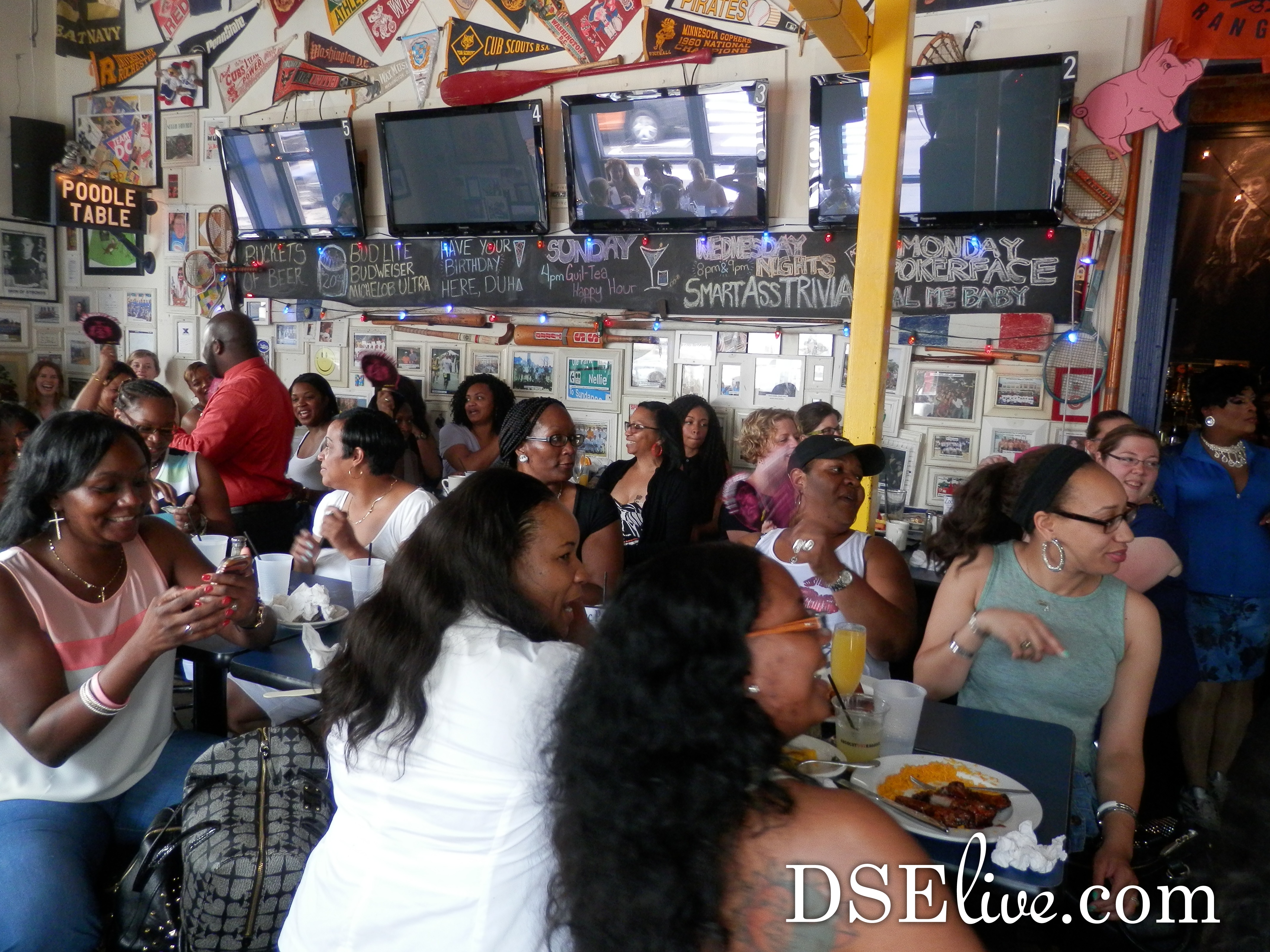 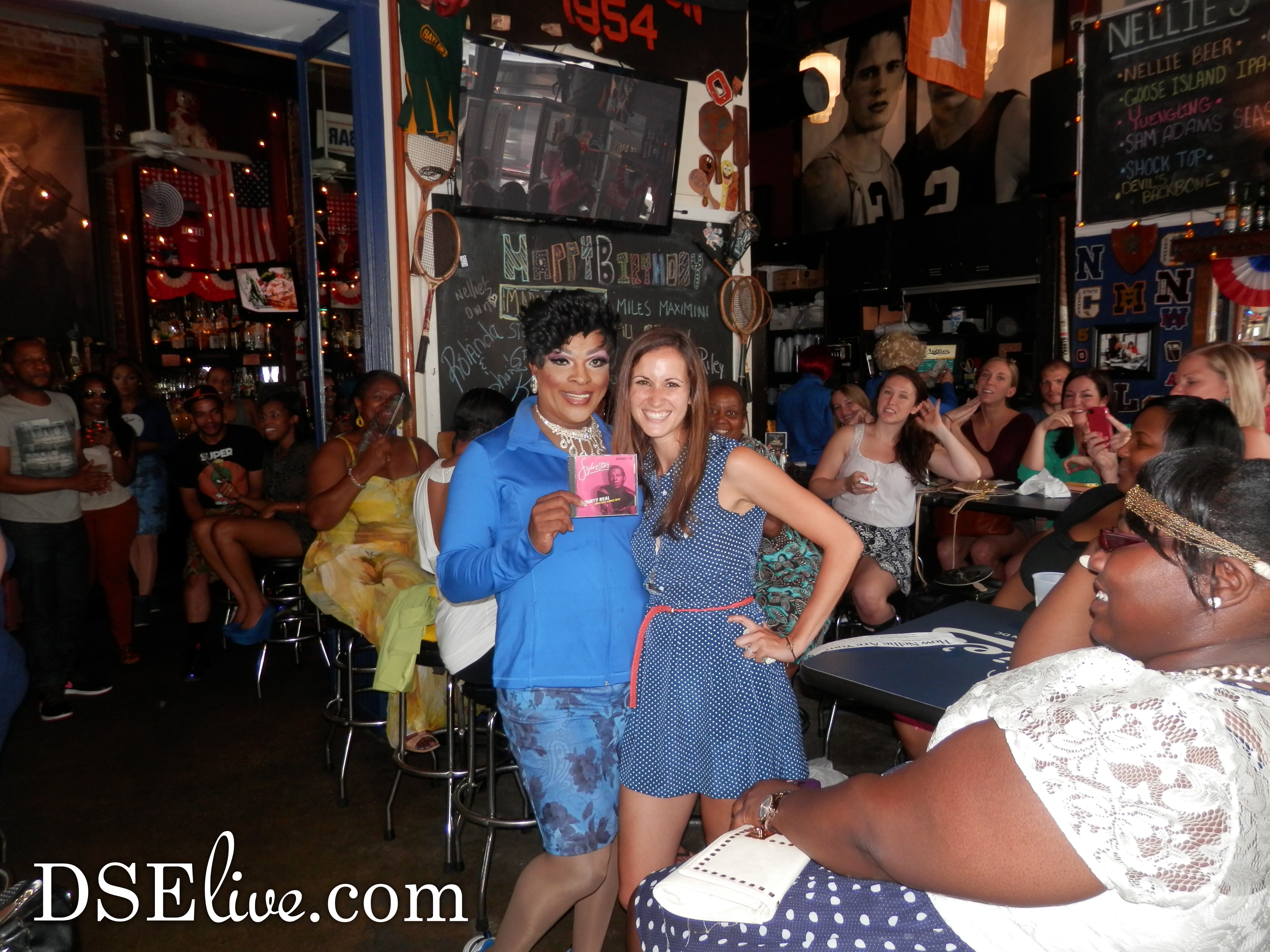 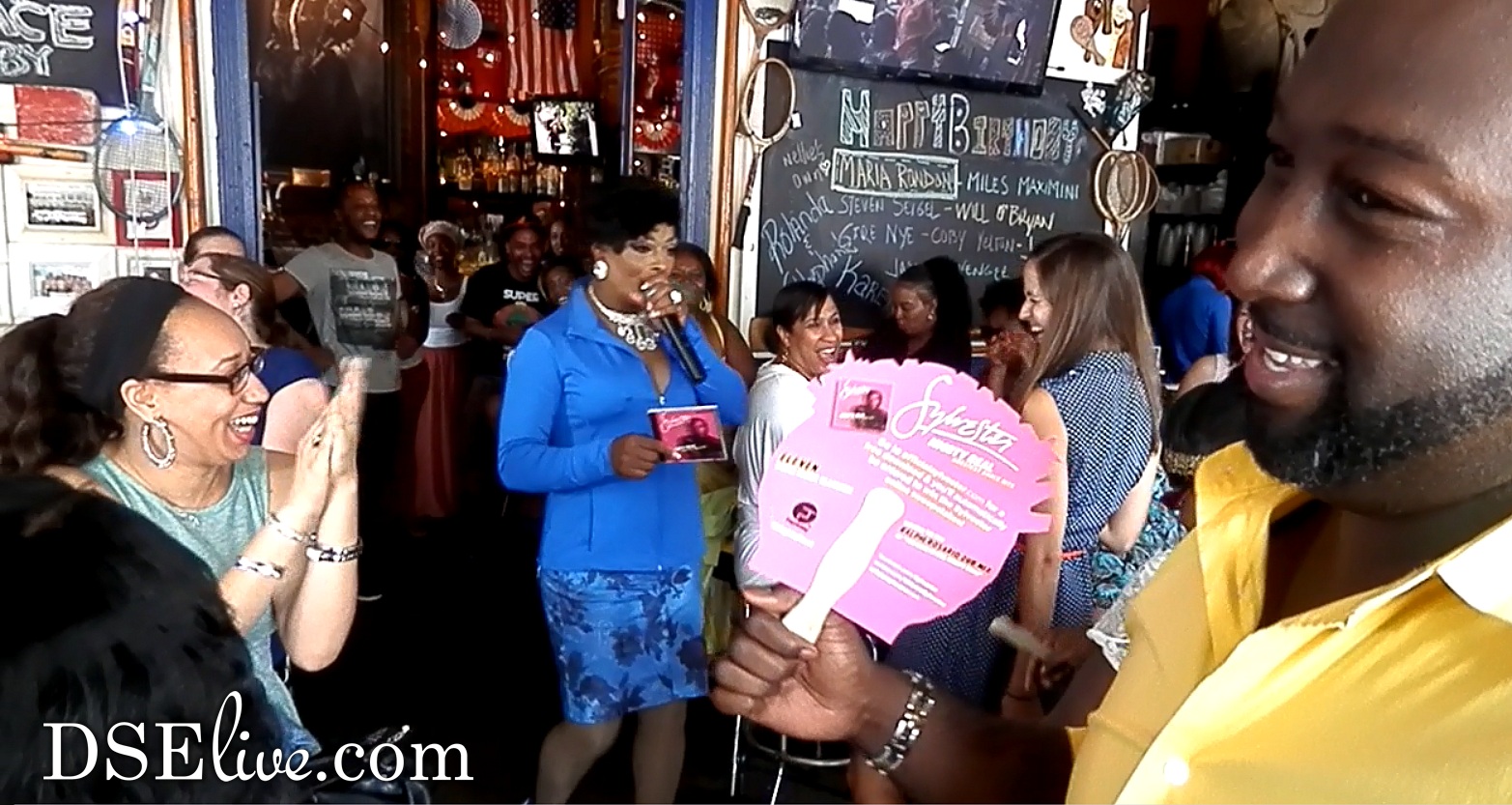 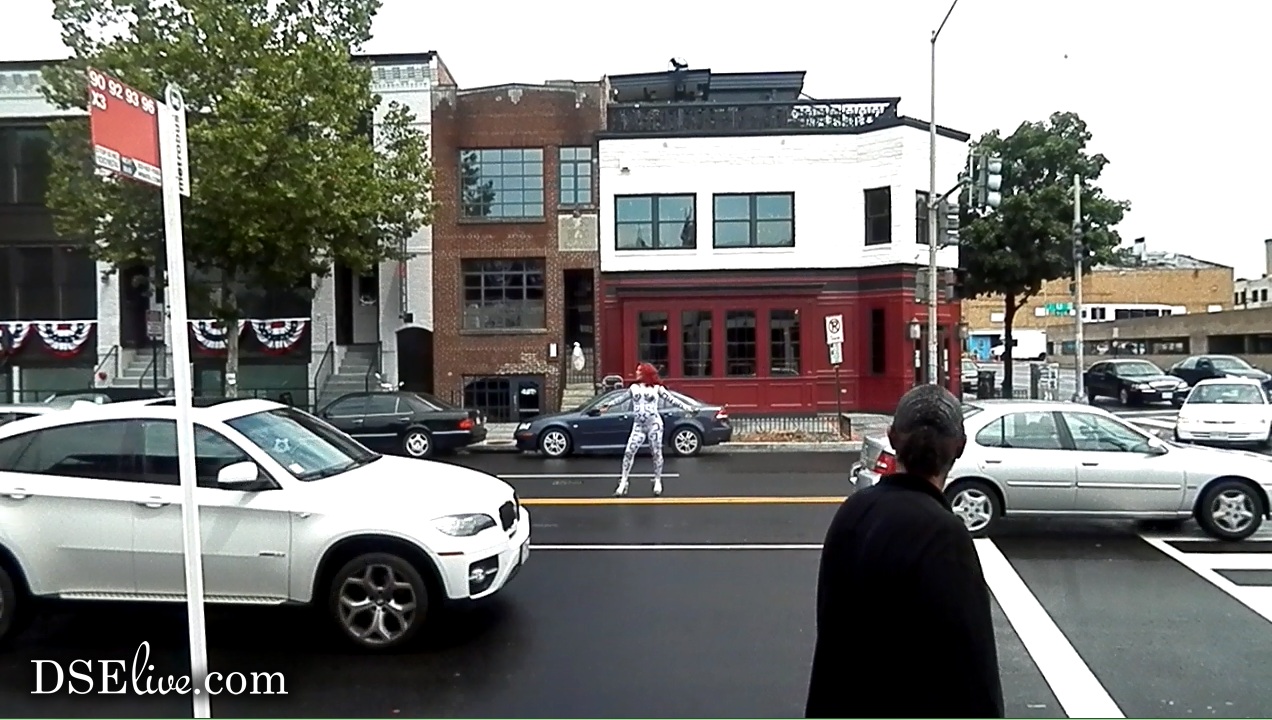 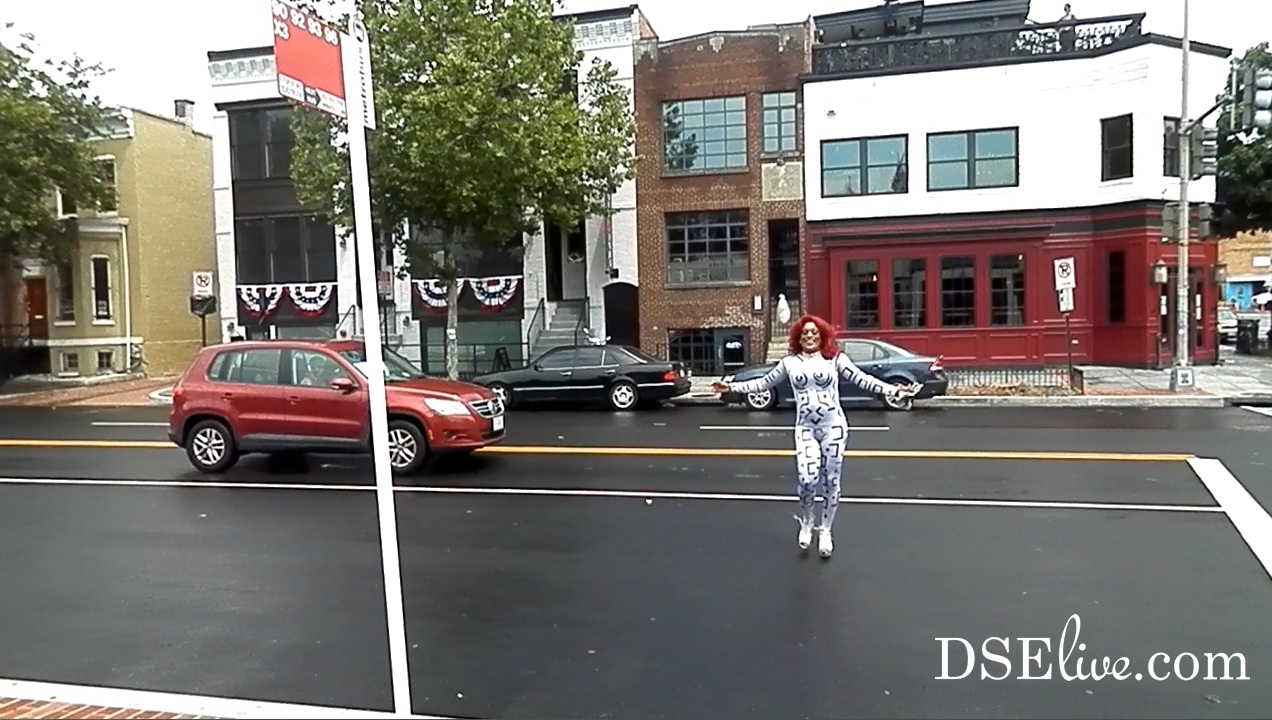 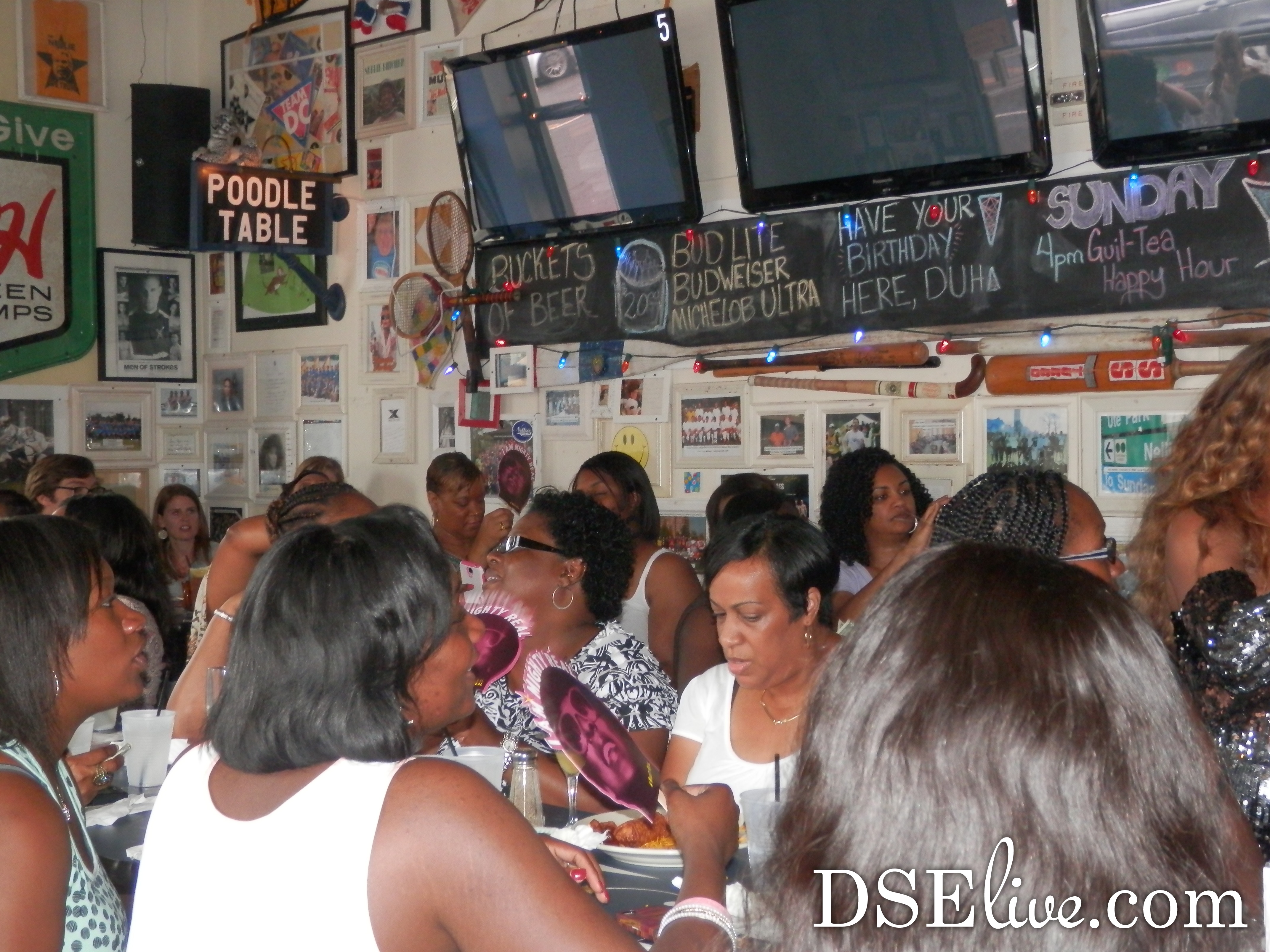 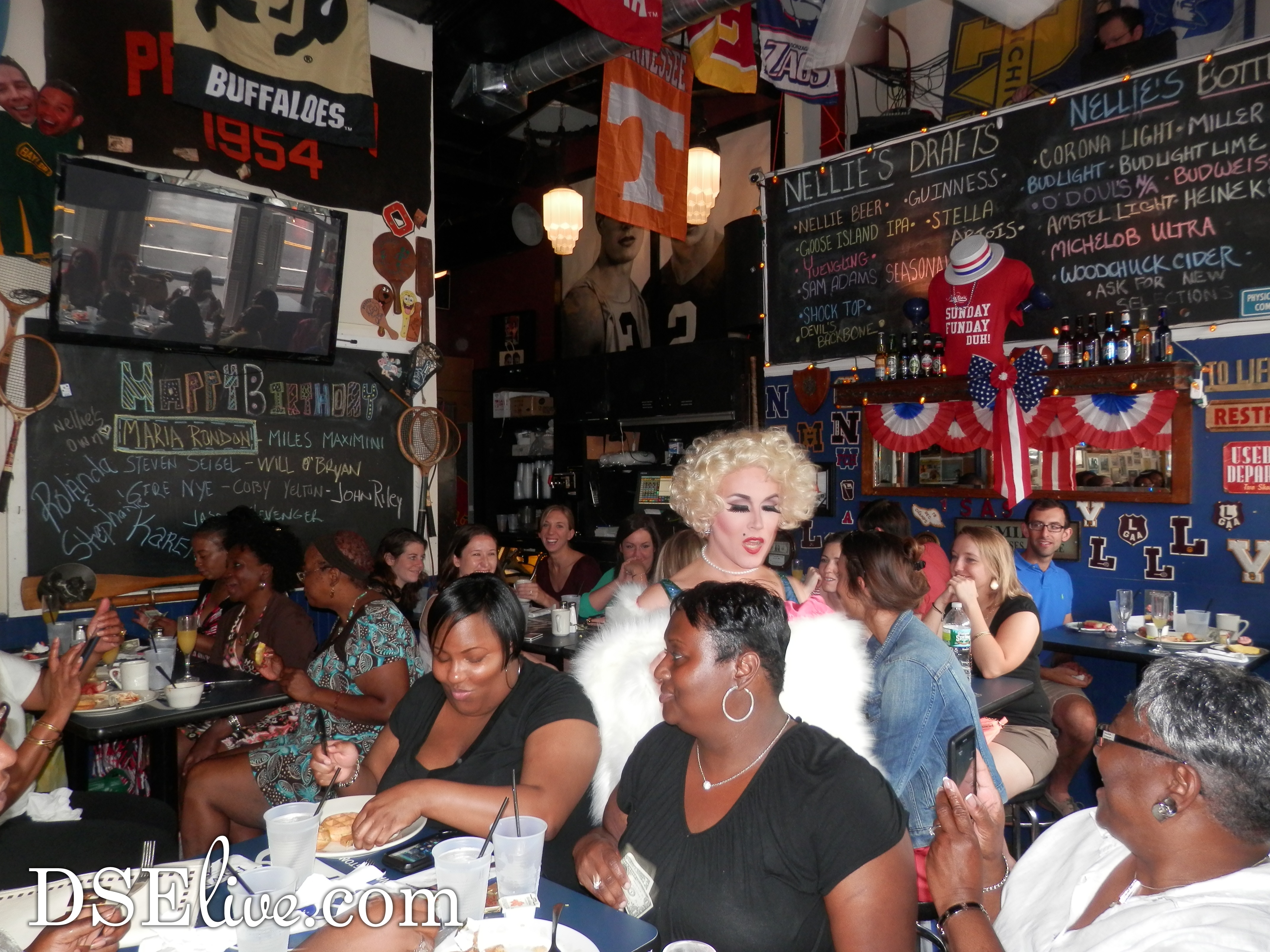 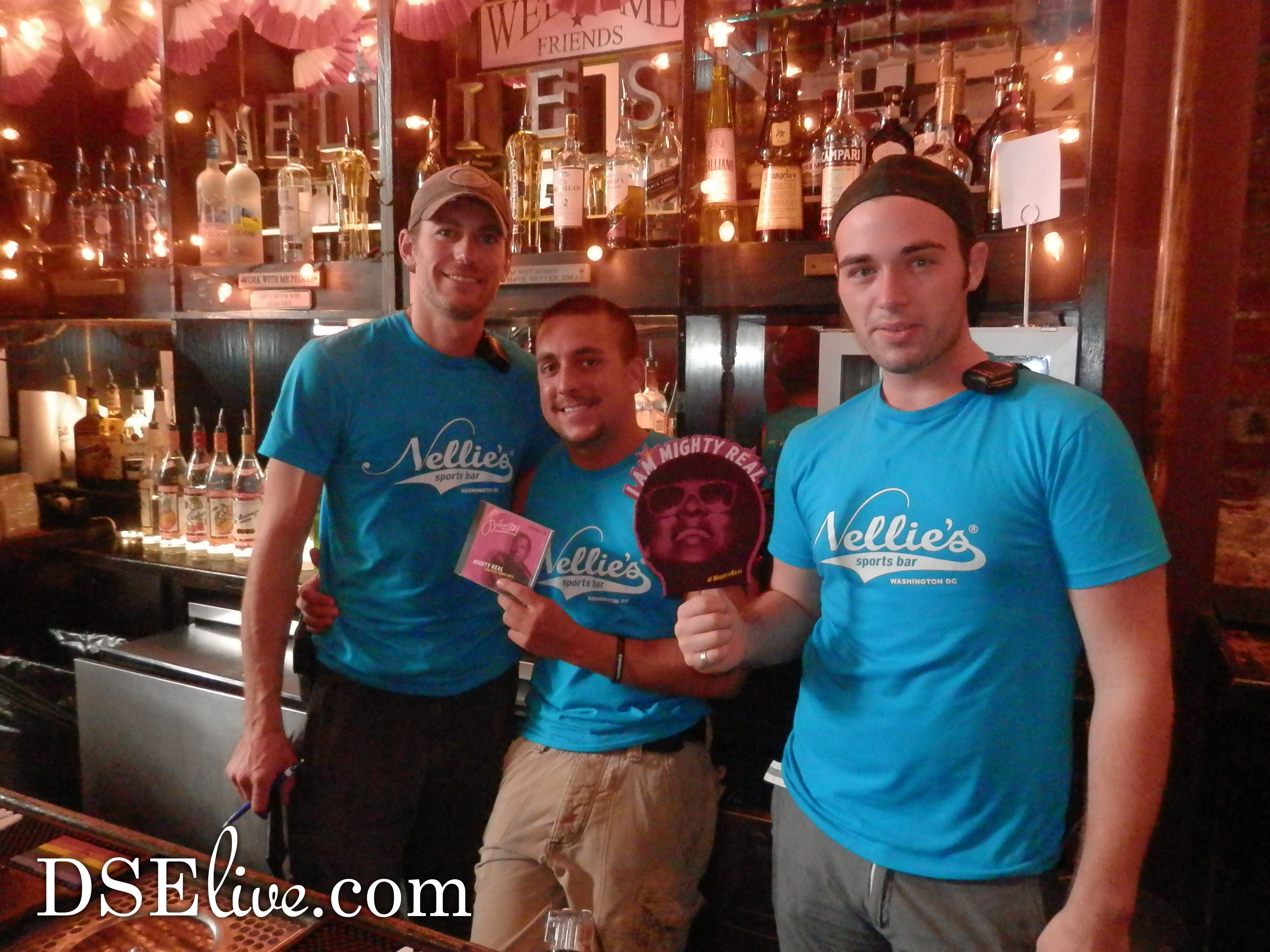 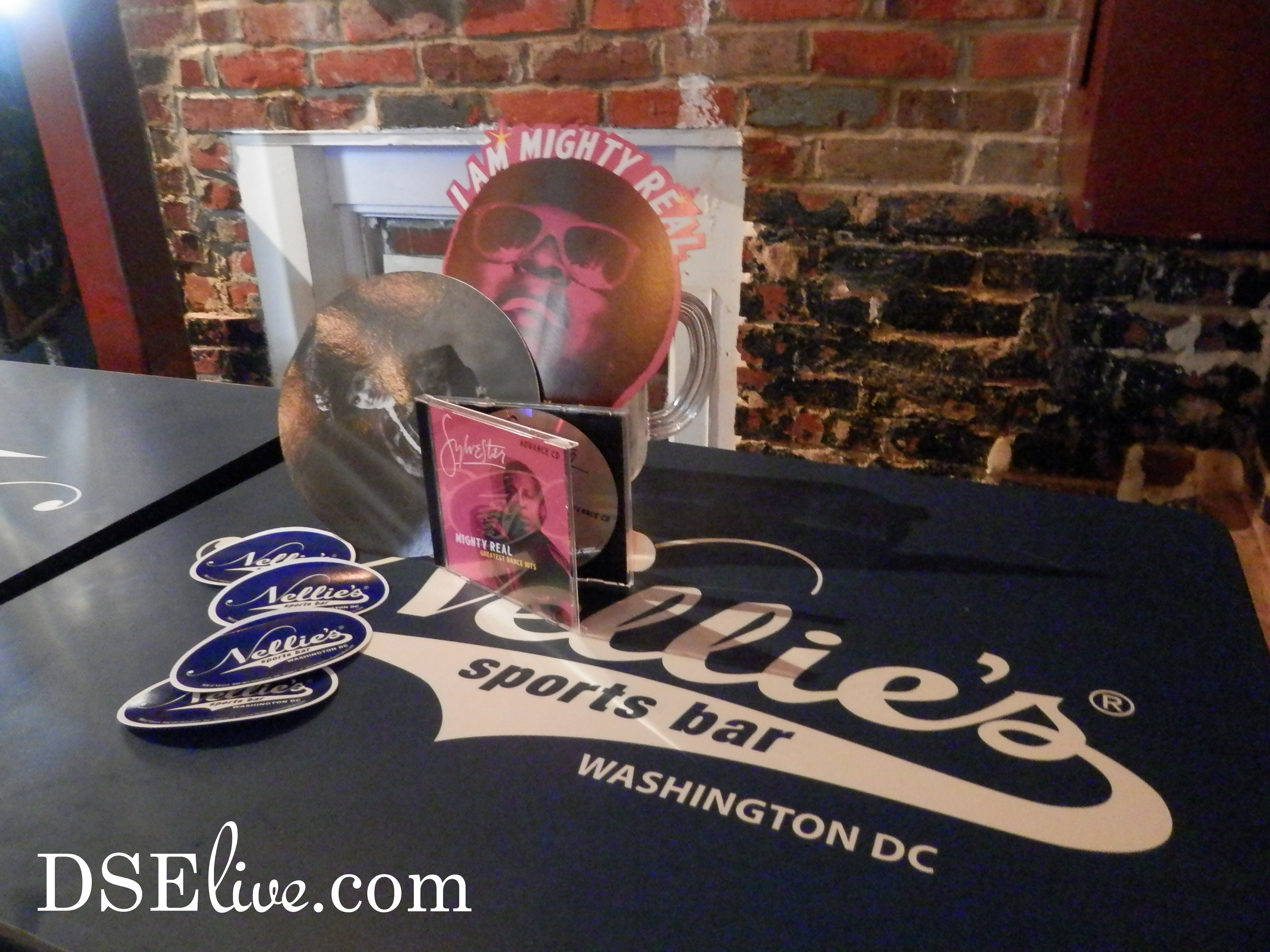 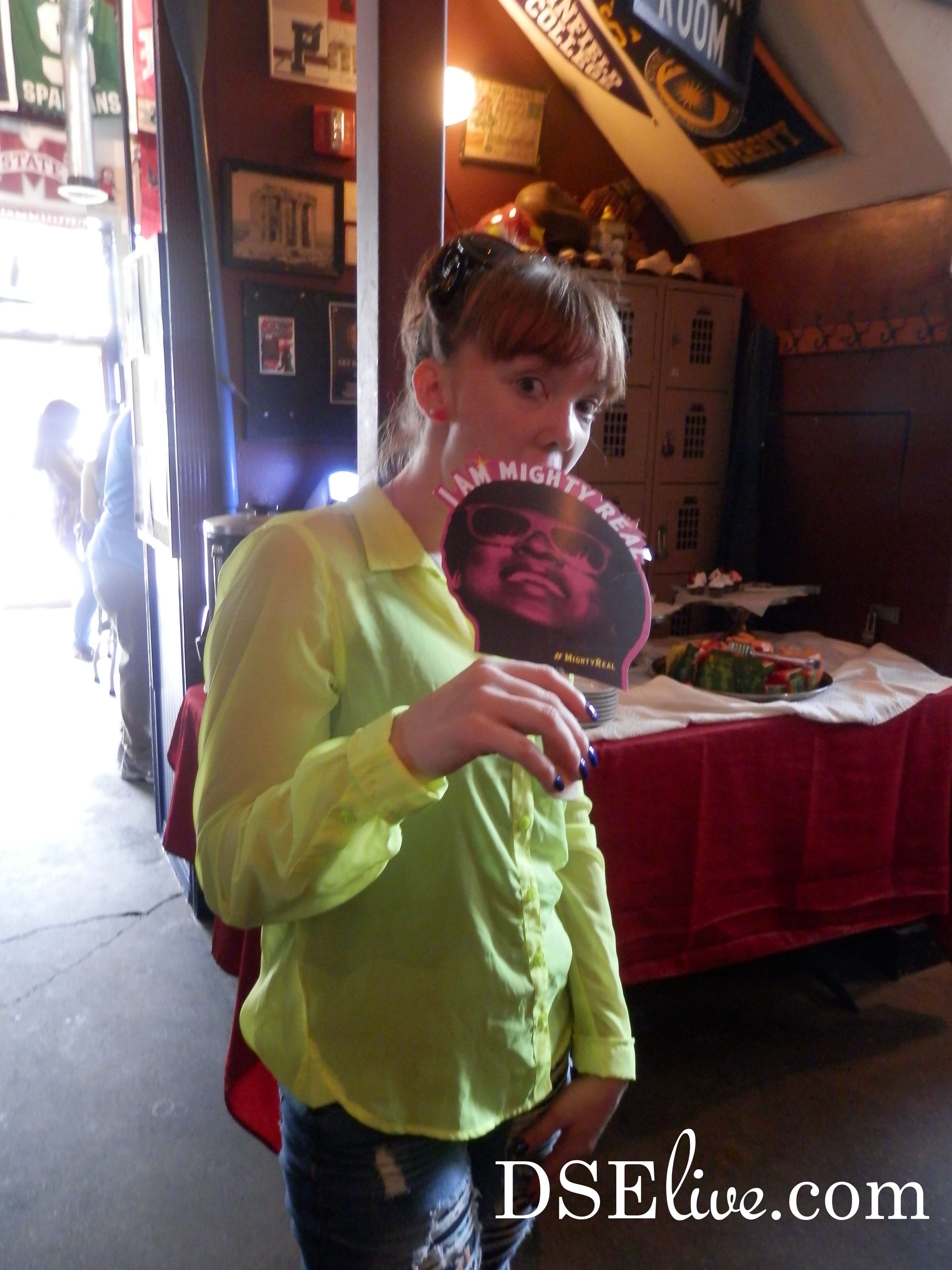 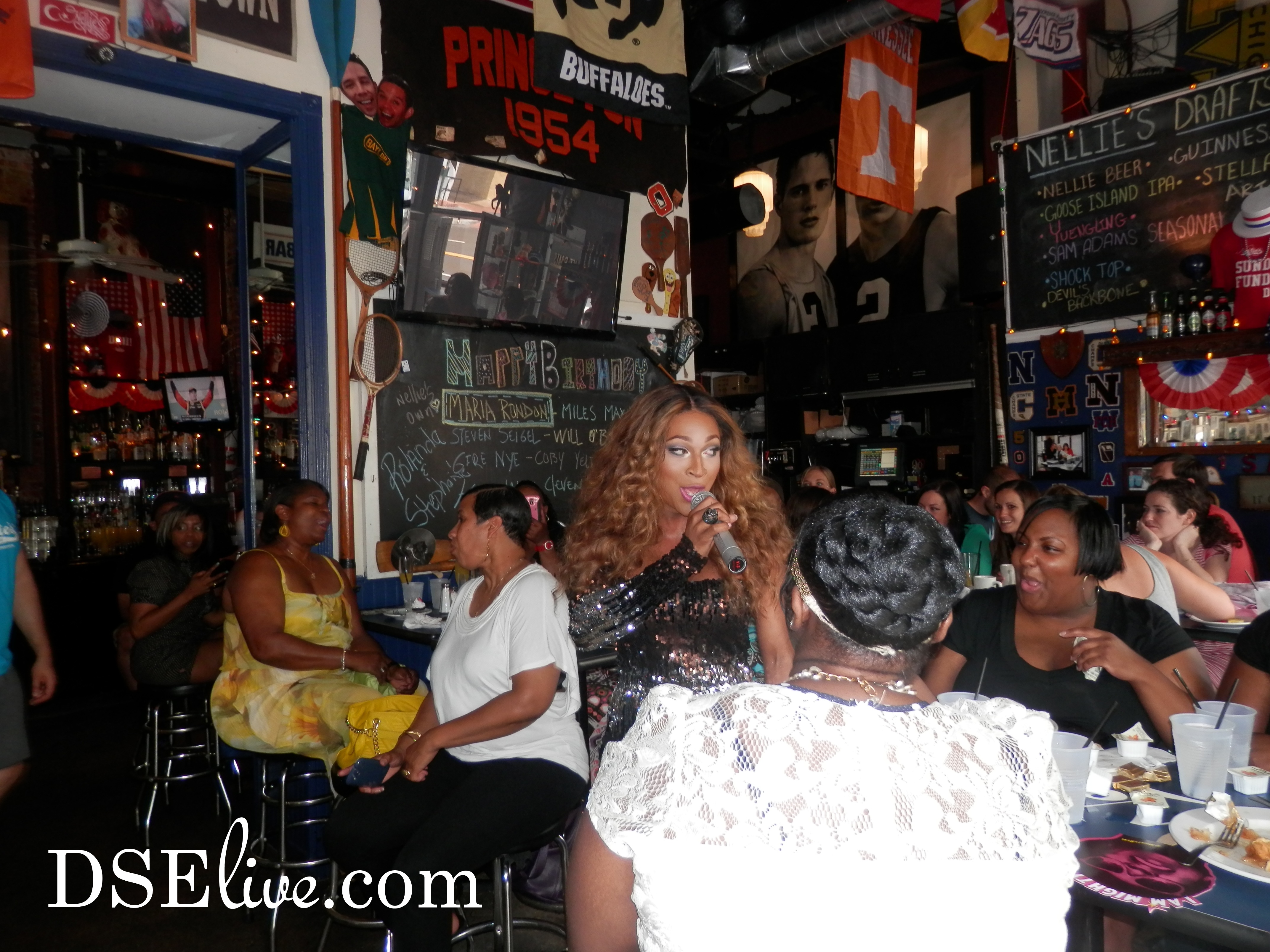 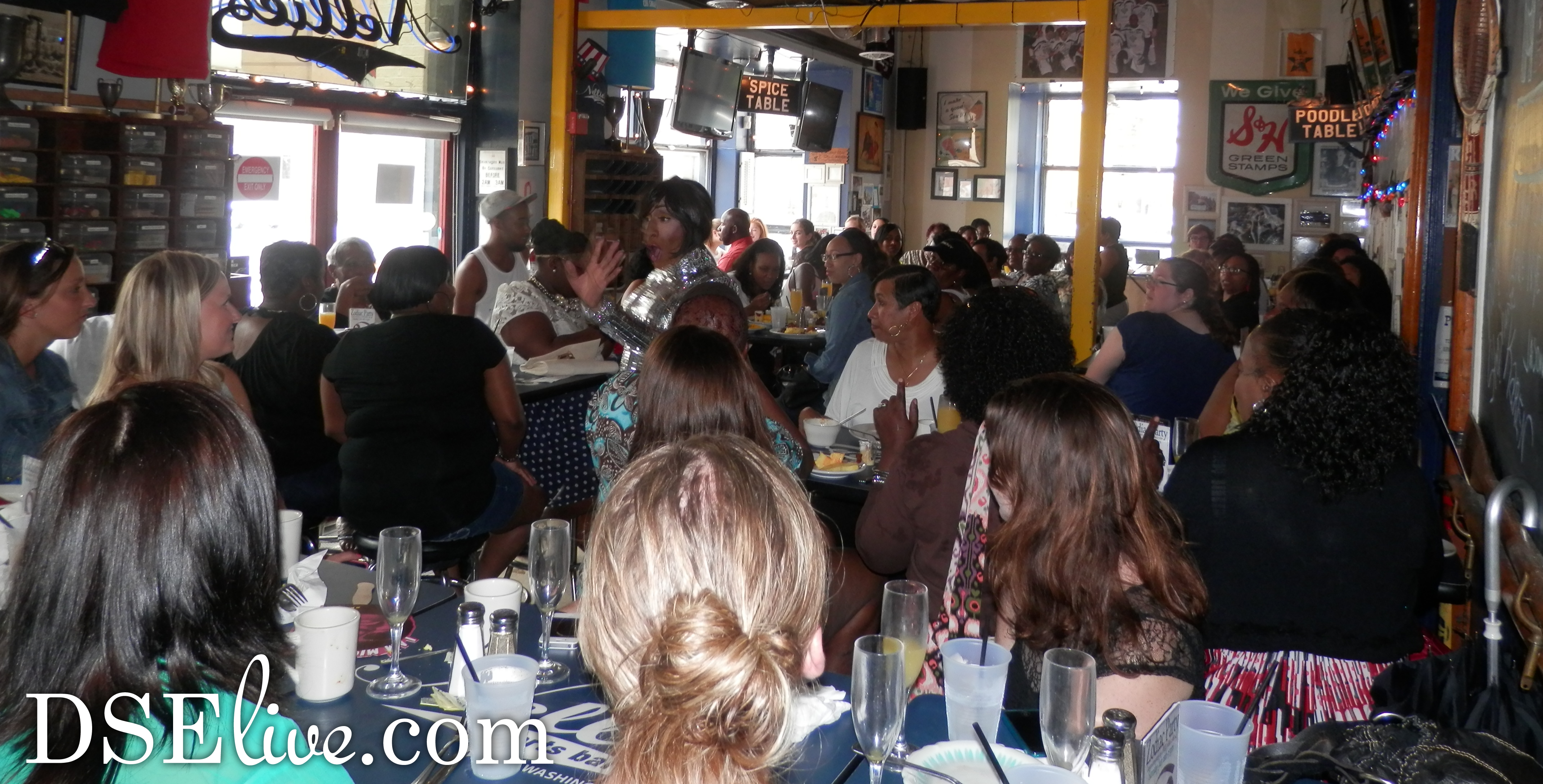 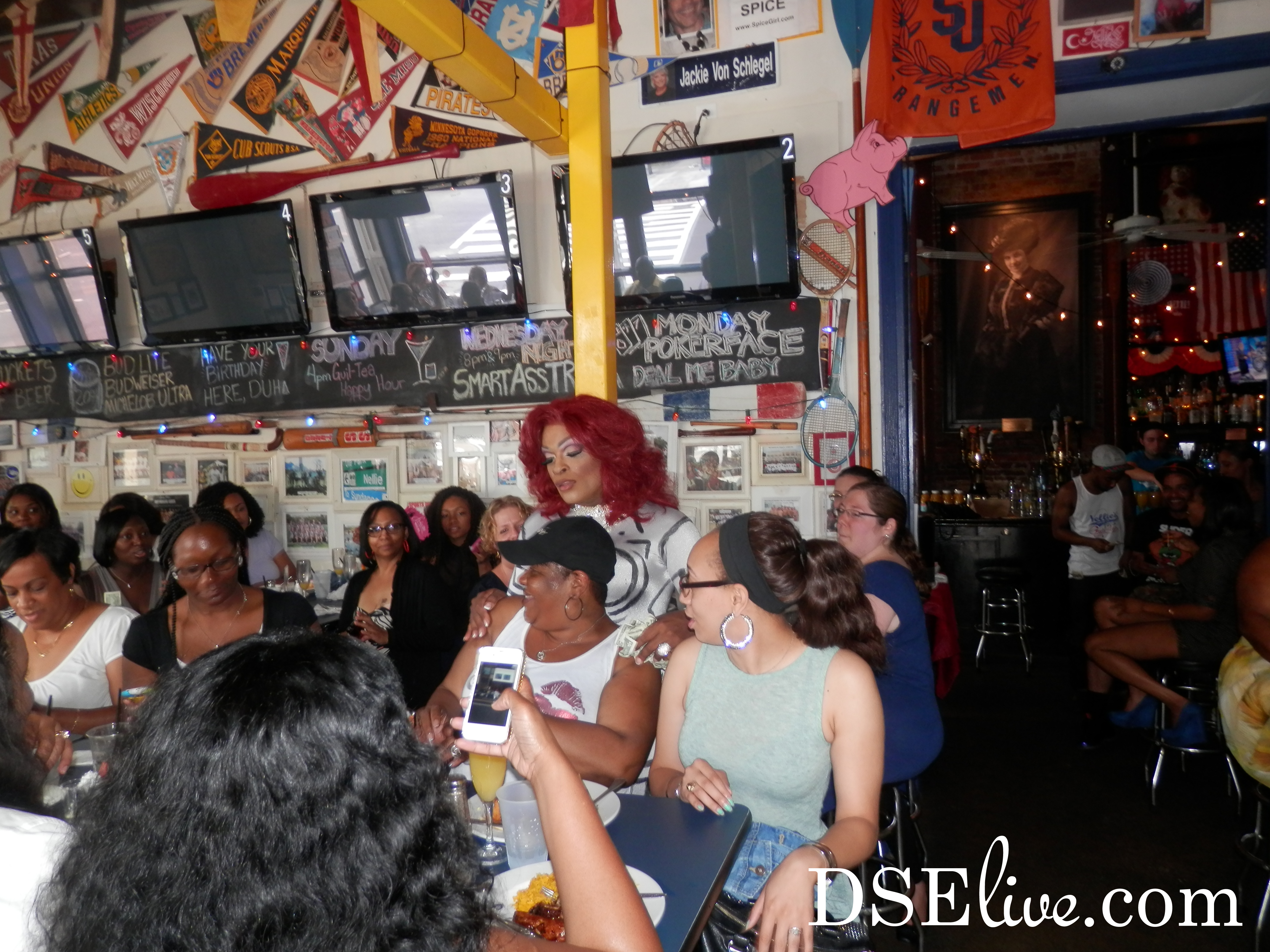 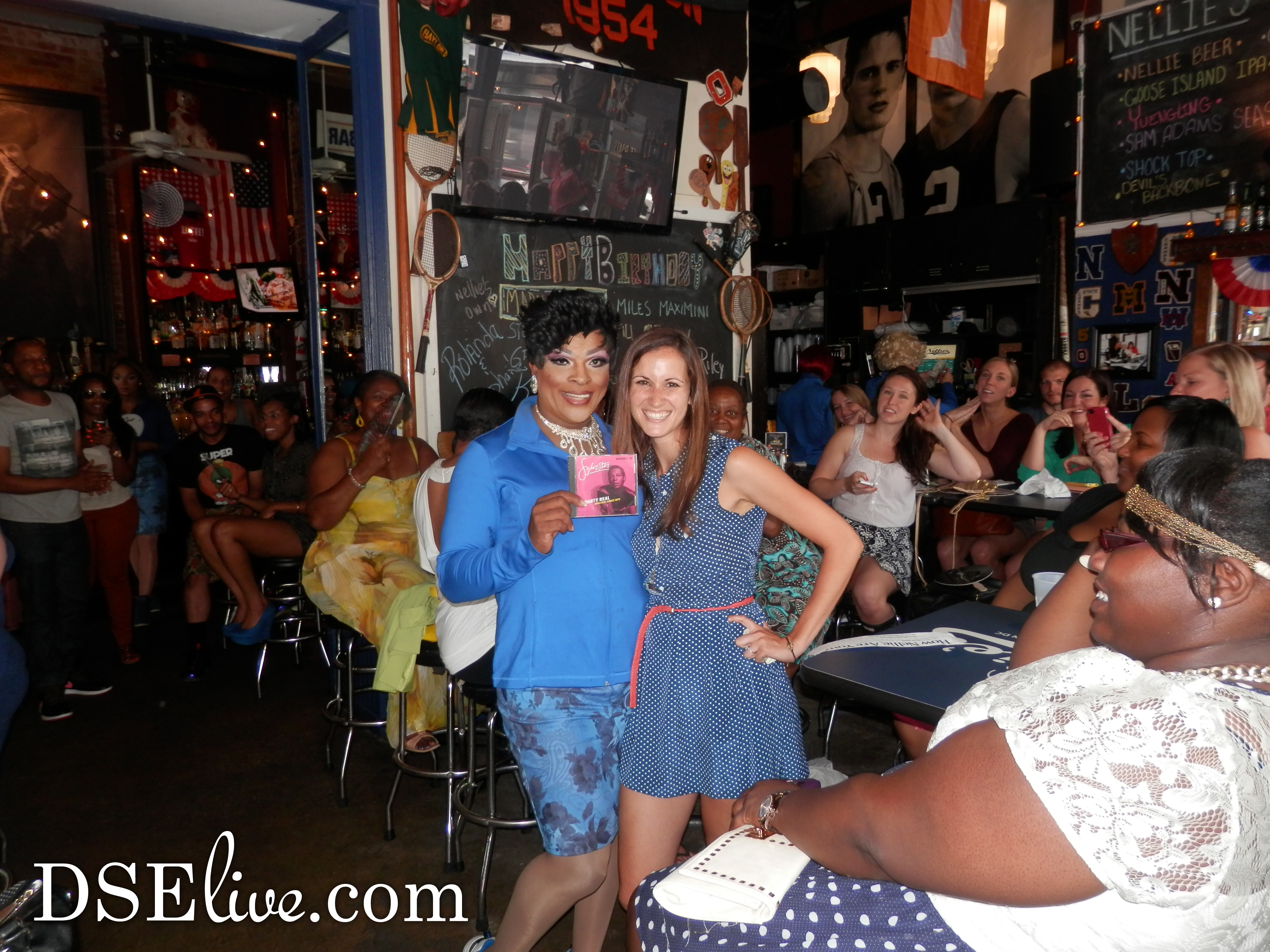 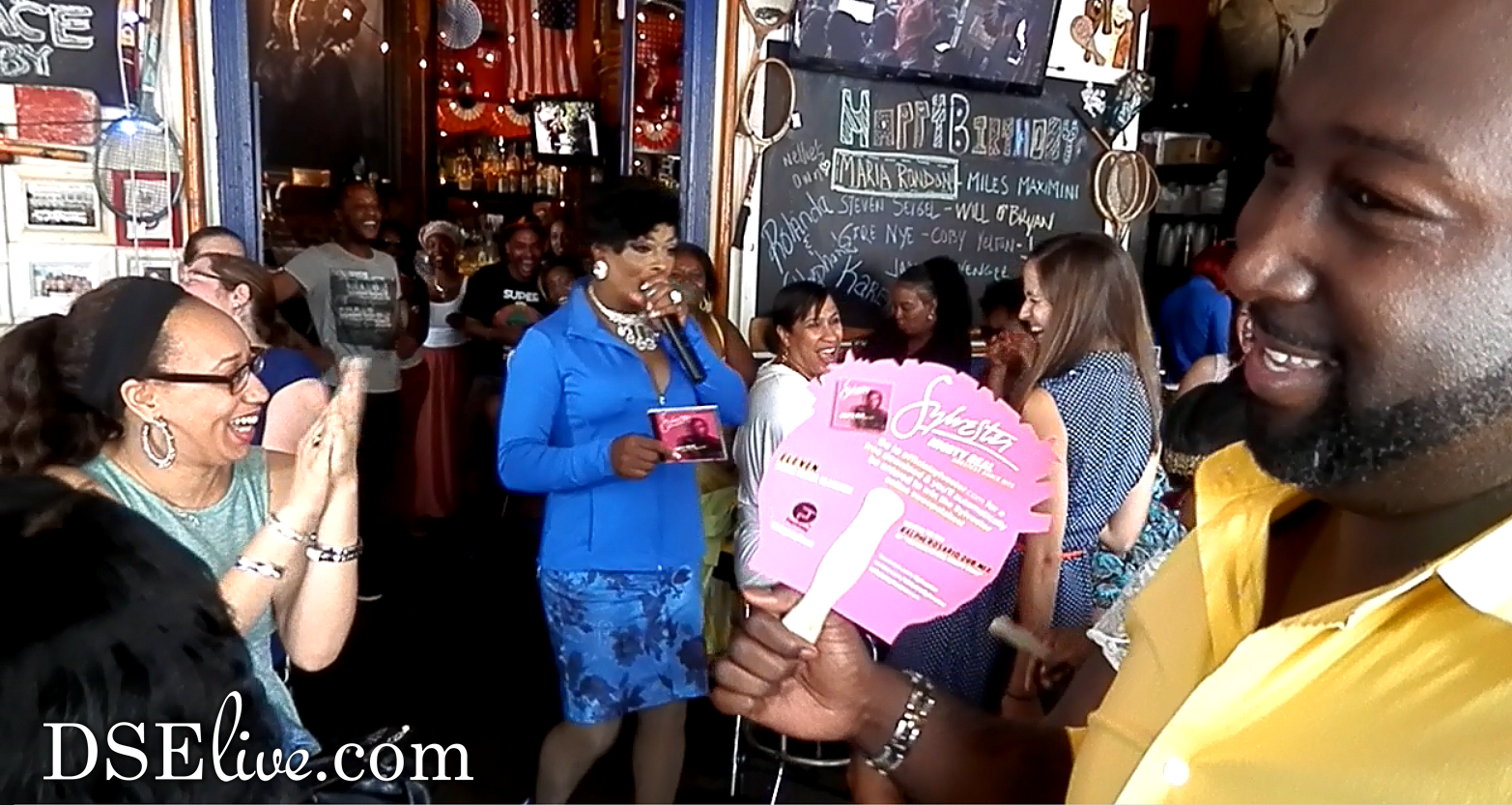 We’re still buzzing from the glitz, glamour, fabulosity, music, dancing and festivities in celebration of the iconic legacy of Sylvester James, the “Queen of Disco,” at Nellie’s last Sunday. The special edition Sunday brunch disco party was hosted by Shiqueeta Lee and the ladies of Drag City DC. The big hair, costume changes, dance sequences, make-up, platform heels and bling came together for a flawless presentation.

As soon as brunch concluded, the deejay kicked off the Mighty Real: Greatest Dance Hits celebration with timeless classics. Moments later, the audience attention was focused on numerous engaging performances with complex dance sequences, costumes and over the top personalities.  Shiqueeta Lee’s jaw dropping performance included a impromptu sashay out of Nellie’s and into U Street traffic. Yes, traffic! Vehicles stopped in all directions so drivers could grab their camera phones to capture the moment. How often do you see someone dancing in the middle of the street with fire red hair and a sexy white  bodysuit on Sunday? Never. Shiqueeta channeled Sylvester James’ fearless spirit during this show!

We felt the excitement level rise when Shiqueeta Lee challenged the audience to a Sylvester Mighty Real dance contest. The winner received the Sylvester Mighty Real: Greatest Dance Hits album and tips (wink wink) from admirers and onlookers. The party proceed with the crowd dancing to Sylvester hits and lip syncing their favorite lyrics. The legacy of Sylvester James is alive and will continue to live on.

We would like to acknowledge Shiqueeta Lee for coordinating the stellar live show and Vanhook Productions LLC is truly an entertainment icon in Washington, DC. The ladies of Drag City DC are gorgeous, hilarious and never boring!  Special thank you to Oscar, Management of Nellie’s, for ensuring the smooth execution of events throughout the day. The bartenders are true mixologists and the staff was absolutely amazing! We cannot forget the talented individuals at the Farrow Agency @ Impression House for consistently producing phenomenal digital media for all DSE Live events. Our family at UMG values the impact DSE Live makes in the Washington, DC metro area and believes in our mission to provide superior music events. Very special thanks to Fantasy Records and Concord for providing the amazing Sylvester #MightyReal promotional items. 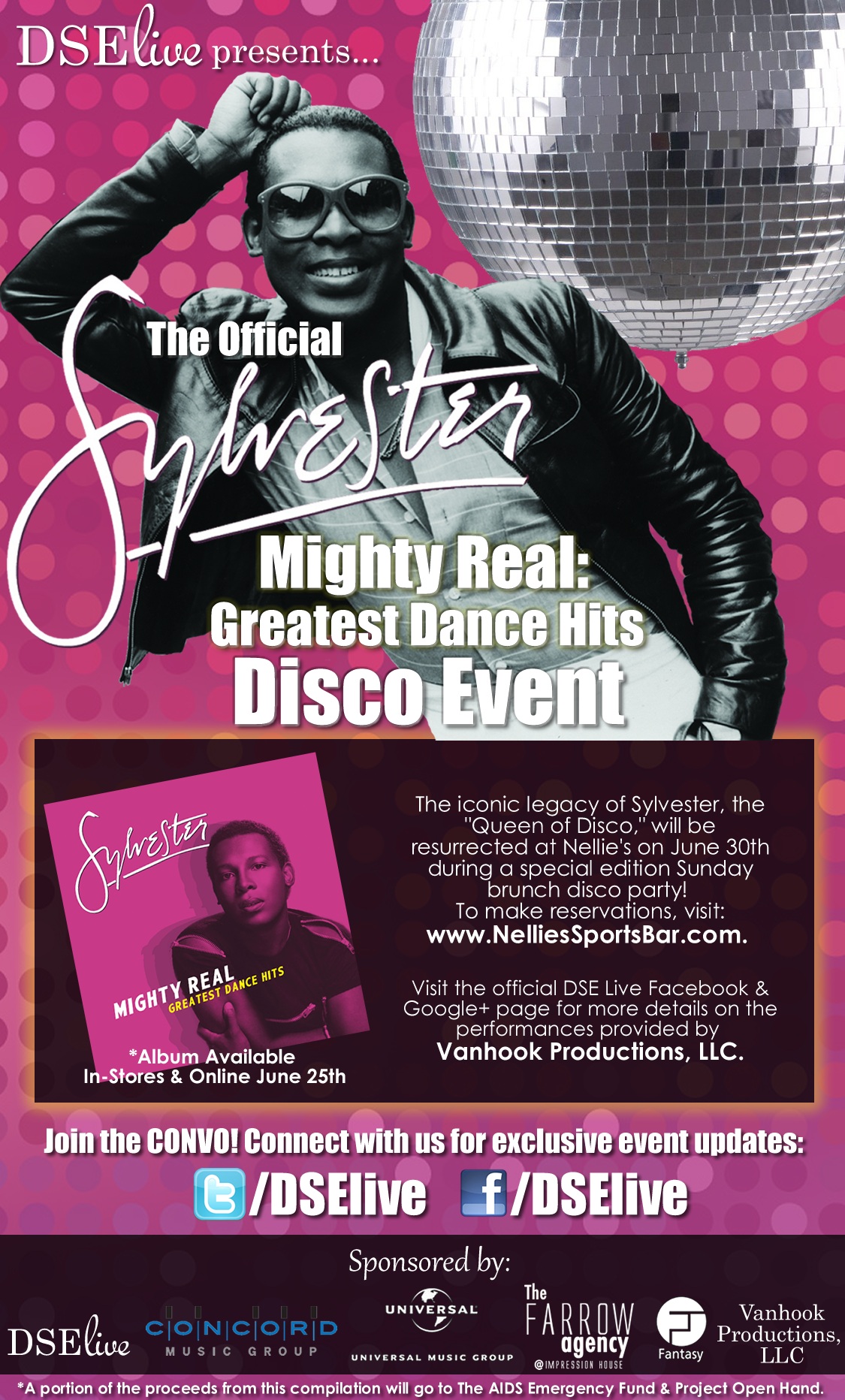