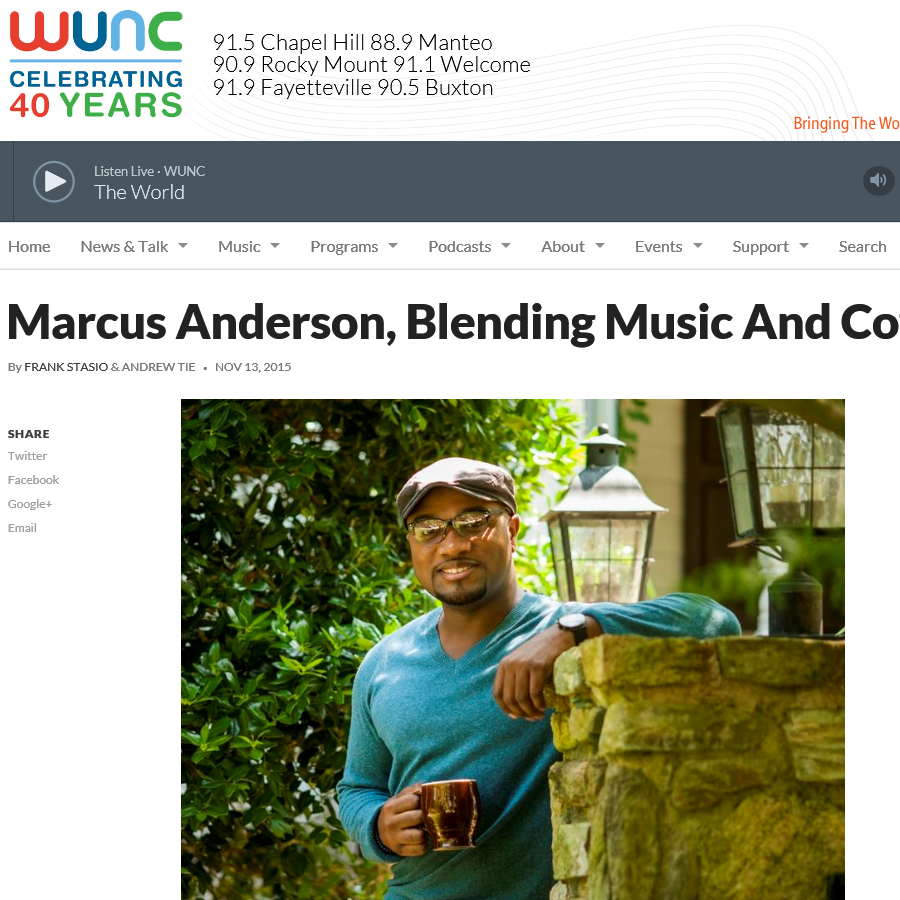 Marcus Anderson plays the saxophone, and while his work is rooted in jazz, he incorporates other musical influences, especially pop.

For the past three years, Anderson has been working with one of the world’s biggest pop artists: Prince. Anderson plays saxophone in The New Power Generation, the backing band for Prince.

But this year, he took his career in a different direction. He released an album as well as four flavors of coffee called “AND Coffee.” The products are designed to enhance the coffee drinking experience by matching certain flavors with certain tracks on the album. [READ MORE]