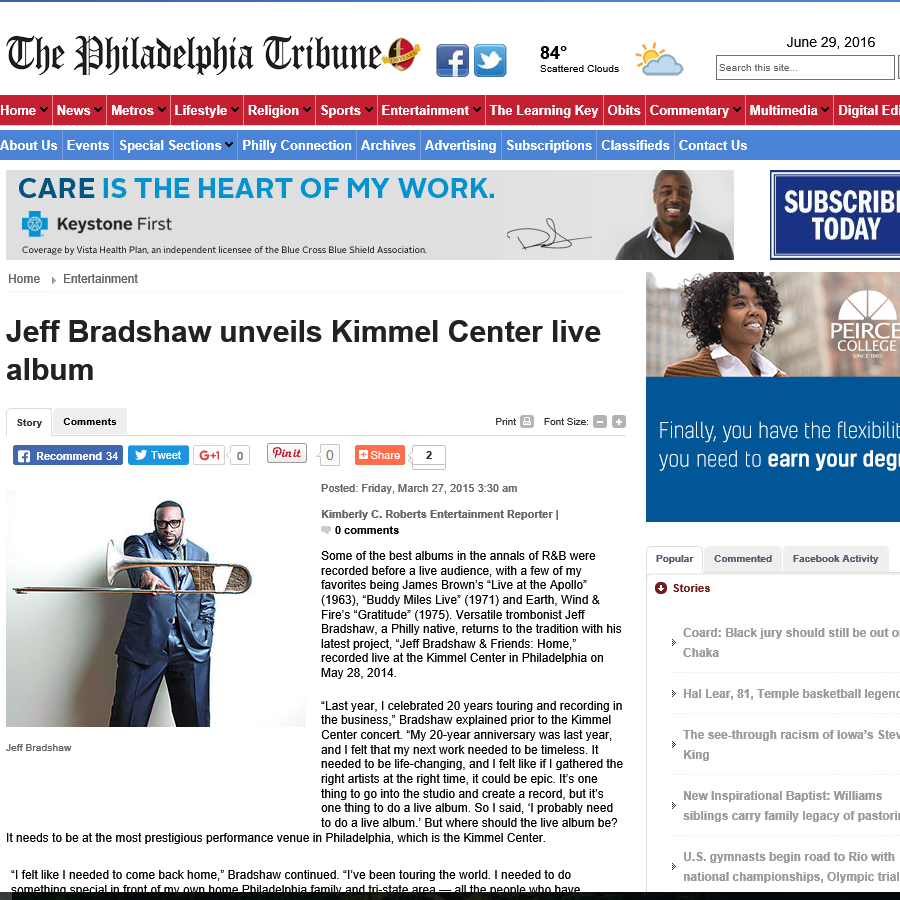 Some of the best albums in the annals of R&B were recorded before a live audience, with a few of my favorites being James Brown’s “Live at the Apollo” (1963), “Buddy Miles Live” (1971) and Earth, Wind & Fire’s “Gratitude” (1975). Versatile trombonist Jeff Bradshaw, a Philly native, returns to the tradition with his latest project, “Jeff Bradshaw & Friends: Home,” recorded live at the Kimmel Center in Philadelphia on May 28, 2014.

“Last year, I celebrated 20 years touring and recording in the business,” Bradshaw explained prior to the Kimmel Center concert. “My 20-year anniversary was last year, and I felt that my next work needed to be timeless. It needed to be life-changing, and I felt like if I gathered the right artists at the right time, it could be epic. It’s one thing to go into the studio and create a record, but it’s one thing to do a live album. So I said, ‘I probably need to do a live album.’ But where should the live album be? It needs to be at the most prestigious performance venue in Philadelphia, which is the Kimmel Center.

“I felt like I needed to come back home,” Bradshaw continued. “I’ve been touring the world. I needed to do something special in front of my own home Philadelphia family and tri-state area — all the people who have supported me. To do something big. I felt it was necessary to do it in front of my home family, fans and friends in Philadelphia — people I went to school with, people I grew up [with] in the neighborhood — I wanted to share this with them” [READ MORE]