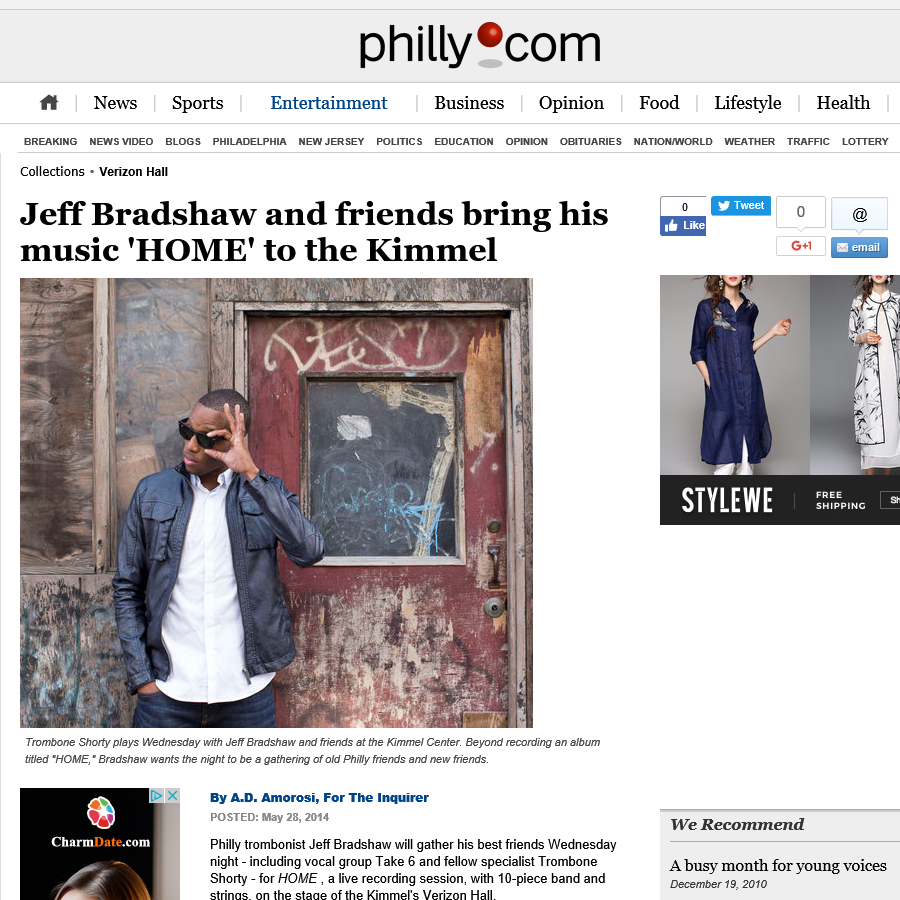 Philly trombonist Jeff Bradshaw will gather his best friends Wednesday night – including vocal group Take 6 and fellow specialist Trombone Shorty – for HOME , a live recording session, with 10-piece band and strings, on the stage of the Kimmel’s Verizon Hall.

Bradshaw, 44, is confident but also humble for a guy who has traveled the world with Jay Z and played on albums for Michael Jackson, Mary J. Blige, and Philly luminaries like Marsha Ambrosius and the Roots.

Bradshaw was raised at the Cambridge Mall housing project at 12th and Girard Streets. “Those were rough neighborhoods,” he says. “The houses there are beautiful now, but when I was growing up, they were run-down with mud everywhere and broken tree limbs laying around.” What kept him off the streets, literally and figuratively, were his parents, a minister/musician father and a mother who insisted young Jeff stay close to home.

“I was a front-step kid,” says Bradshaw. “Rarely did I stray further than my porch. There was basketball in the playground, but mostly my folks saw to it that days were filled with school, and nights doing church-related activities like choir rehearsal for Sunday Mass at the United House of Prayer for All People.” [READ MORE]