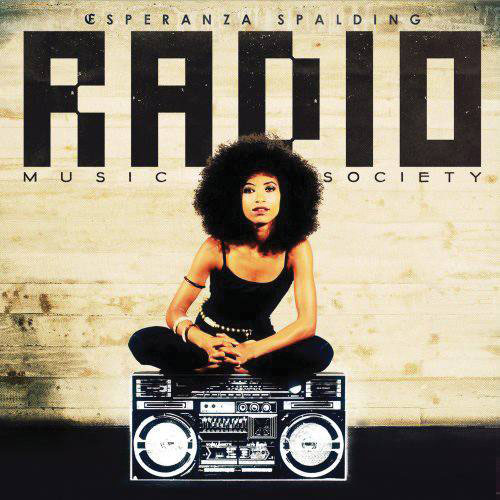 Radio Music Society is a companion, rather than a sequel, to Spalding’s previous disc, which reached No. 1 on the Billboard Contemporary Jazz Chart.

It has not taken Esperanza Spalding long to emerge as one of the brightest lights in the musical world. Listeners familiar with her stunning 2008 Heads Up International debut, Esperanza, and her best-selling 2010 release Chamber Music Society, were well aware that the young bassist, vocalist and composer from Portland, Oregon was the real deal, with a unique and style-spanning presence, deeply rooted in jazz yet destined to make her mark far beyond the jazz realm. That judgment was confirmed on February 13, 2011, when Spalding became the first jazz musician to receive the GRAMMY® Award for Best New Artist. On March 20th, 2012, Heads Up International, a division of Concord Music Group, gives us Spalding’s latest release, Radio Music Society, her most diverse, ambitious and masterful recital yet. 11 songs are accompanied by conceptual short films, which further express Esperanza’s inspiration and story behind each track. Shot in various locations including New York City; Barcelona, Spain; and Portland, Oregon; all videos will be available to purchasers of Radio Music Society as a digital download or a DVD on the deluxe version.

Radio Music Society is a companion, rather than a sequel, to Spalding’s previous disc, which reached No. 1 on the BillboardContemporary Jazz Chart. “Originally I thought it would be fun to release a double album,” she explains, “One disc with an intimate, subtle exploration of chamber works and a second one in which jazz musicians explore song forms and melodies that are formatted more along the lines of what we would categorize as “pop songs.” Those are the two things that really interest me, and it intrigues me to think about different presentation approaches while writing each kind of song. On the pop song side, I think about listeners who aren’t into jazz, but I also think about the people within my musical community who can interpret each idea best.”

“Radio Song,” the new disc’s opening track, both sets the tone and confirms the aptness of Spalding’s “radio music” metaphor. “Everyone has the experience of turning on a car radio,” she explains,” mindlessly flipping through the dial and suddenly a fragment grabs you and you’re totally digging it. I wanted to capture that moment when the music just sinks in. It’s about the power of song, and how at the least it can save the day.”

Fleshing out the concept with original music was second nature to Spalding. “I have this book of music that I’ve written, and so much of it fit either the Chamber Music or Radio Music concept. Songs develop for me in fragments, so for these projects, I took my notes and organized them into coherent works of music.”

In the process, Spalding added her original, affirmative perspective to classic radio music themes. Songs about love run a full gamut. “Hold On Me” is a narrative of unrequited love, inspired by people who cling to dreams of relationships that can never be realized. “Let Her,” one of Spalding’s older compositions, was inspired by “different people I’ve known who are in miserable situations, then complain when they end.” “Cinnamon Tree,” written to cheer up a friend, celebrates platonic love, and Spalding’s belief that “the love between friends is just as important as romantic love.”

“Crowned and Kissed,” with references to King Arthur and Midas, is about “the unsung royalty in your life, men and women who quietly, every day do the most honorable things, and who deserve to be honored even if they don’t end up with castles and thrones.” The edgy “Smile Like That” marks the moment a person realizes that his or her partner has developed other interests. “I’m saying, `Okay, I get it, let’s not beat around the bush,'” Spalding explains.

Her takes on the state of our country and our culture are equally fresh and insightful. “Vague Suspicions” confronts society’s short attention span and our habit of absorbing horrific events and celebrity gossip as part of the same media overload. The brief “Land Of The Free” speaks to the sinister system of false imprisonment by outlining the case of one innocent victim who spent 30 years in jail for a crime he did not commit.

“Black Gold” is specifically addressed to young boys of color. “So much of our strength is drawn from resistance and endurance,” she explains, “but black pride didn’t just start with the slave trade. I wanted to address our nobility, going back to our incredible ancestors in pre-colonial Africa. I remember meetings when I was in elementary school about being strong as young black women, and I don’t think the boys had those meetings. This song is meant to speak to those young men, and I imagined it might one day be something that a parent could sing to his or her son.”

Radio Music Society also features “City of Roses,” a celebration of her native Portland, Oregon that Spalding was commissioned to write by Banana Republic, and two cover tunes. Taking the advice of one of her mentors, tenor saxophone giant Joe Lovano: “When you do a classic, you have to find your own reason for doing it.” Spalding charges Stevie Wonder’s “I Can’t Help It” with the energy of apprehensive new love and adds original lyrics to Wayne Shorter’s “Endangered Species.”

Four tracks feature the horn section of the American Music Program, a youth big band of musicians age 12 to 18 directed by her longtime mentor and teacher Dr. Memory, who conducts and provides horn arrangements; while the soulful pianist on “Hold on Me” is Ms. Scroggins, who Spalding studied with as a child. “Both of them are phenomenal artists who aren’t well known outside of the Northwest,” Spalding emphasizes. “Janice Scroggins was, quite honestly, too deep for me when I was eight years old. She unifies completely the sounds of gospel, blues and jazz, our American roots music. And Dr. Thara Memory, the teacher I came up through, has dedicated his life to spreading the message of this music. I had to have his youth band on the record, because they’re part of my Music Society, too.”

Among its many strengths, Radio Music Society is a celebration of the men and women who have helped cultivate Spalding’s talent, as well as those who have nurtured her vision and inspired her along the way. “I’ve had the honor and blessing of working with so many phenomenal jazz musicians over the years,” she says. “As I’ve gotten to know them and their music, I’ve grown to love them as family and colleagues. I wished for an opportunity for us all to interpret songs together, so that they can be heard and received by a larger audience. All my personal heroes who are revered in the jazz world – like Joe Lovano and Terri Lyne Carrington – should be heard by a mainstream audience, because what they manifest in their music is so beautiful, sincere and uplifting. I think they literally bring good into the lives of the people who hear them. So I’ve tried to put together a program of music that speaks to the non-jazz listener, but can still provide a viable foundation for my jazz heroes to express themselves. Hopefully, people can enjoy all the elements of my music without being told which genres it is ‘supposedly’ a blend of. Everyone is invited to listen with no pre-conceived notions. It’s a journey. Think and feel for yourself. But, most importantly, ENJOY!”

“Art doesn’t thrive with too much analyzing and explaining,” Esperanza Spalding notes, “The idea of `radio music’ is very broad.”Radio Music Society is destined to expand the concept even further, not to mention the horizons of the music world’s most exceptional young artist. 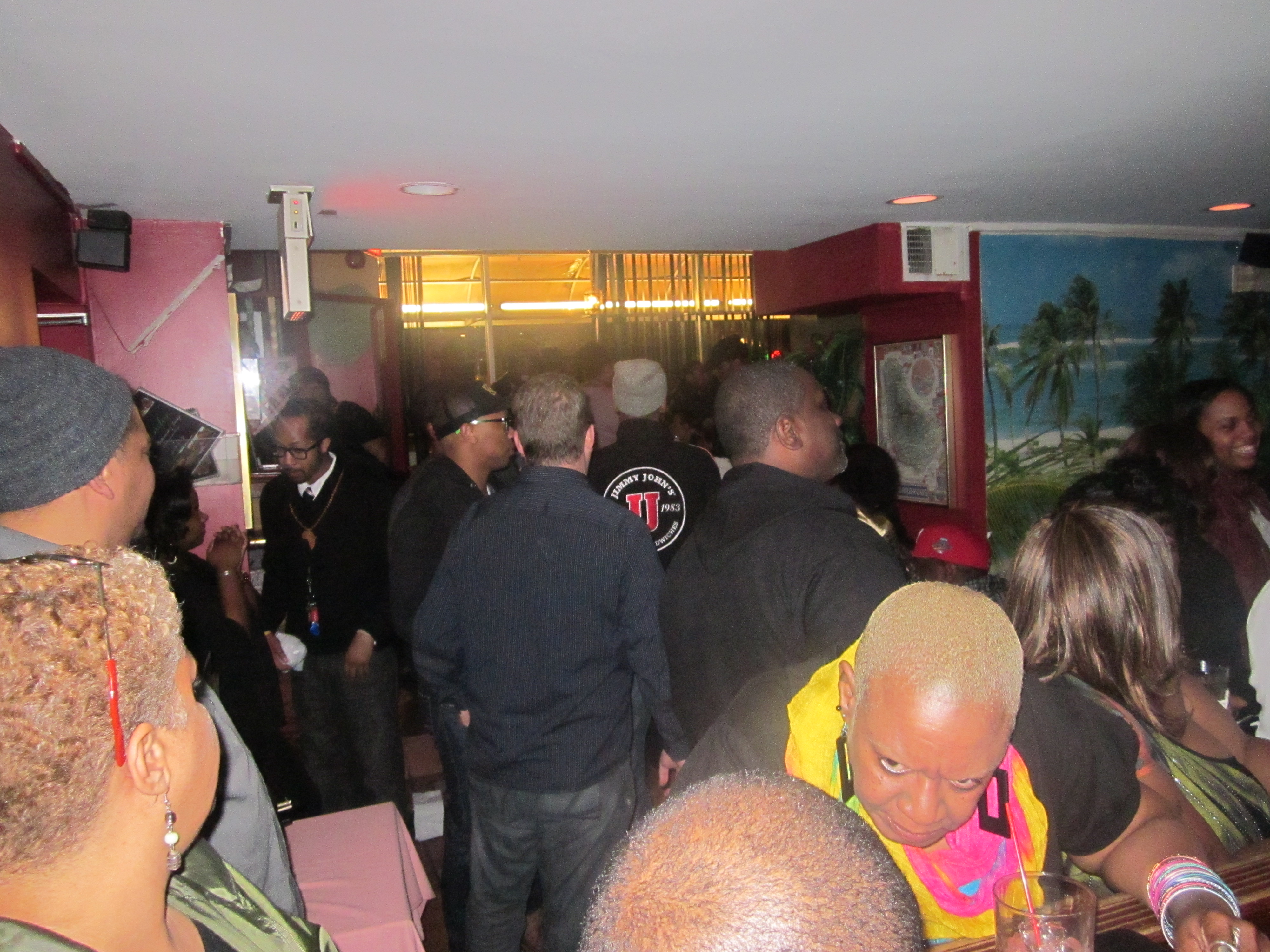 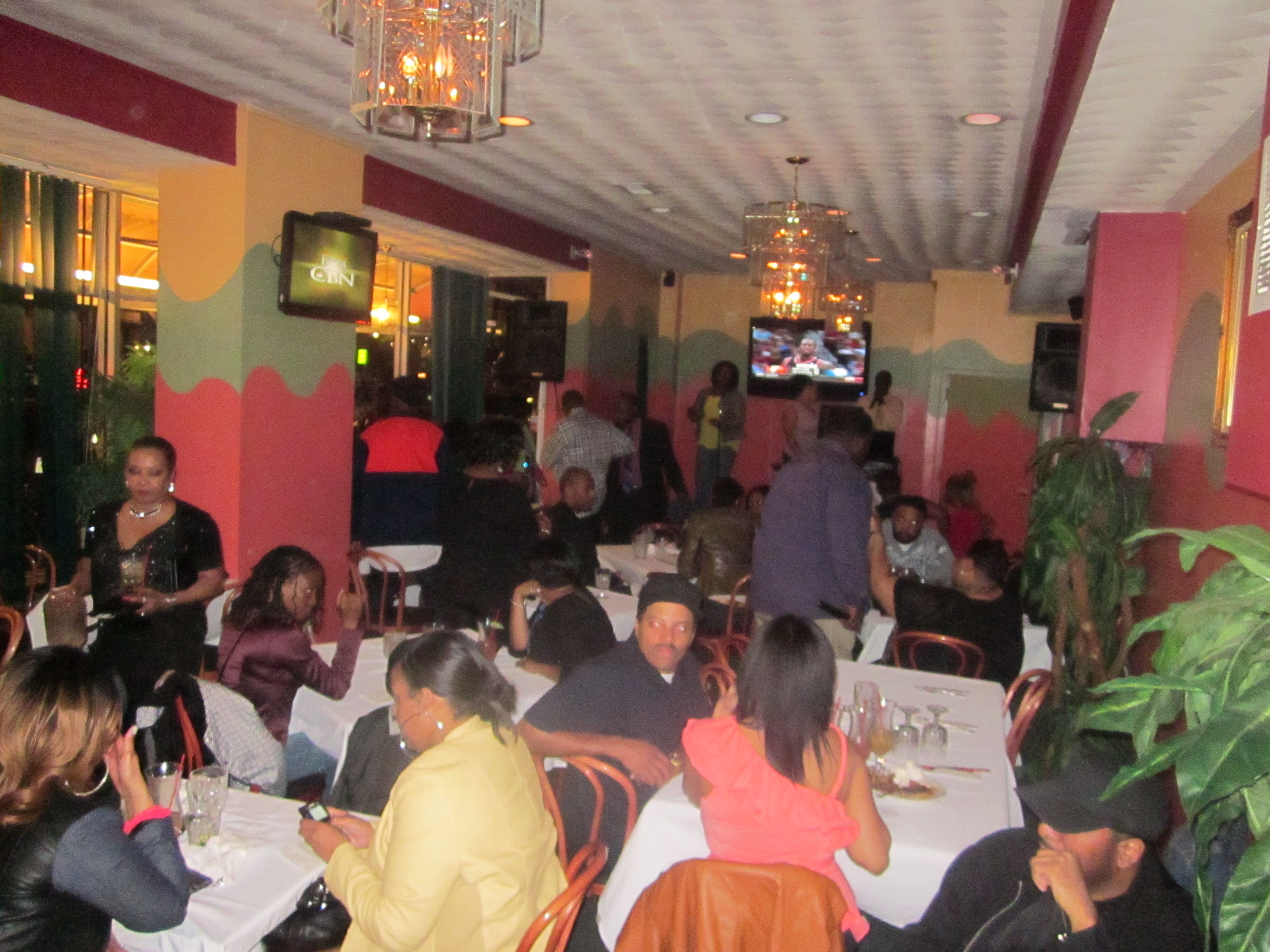 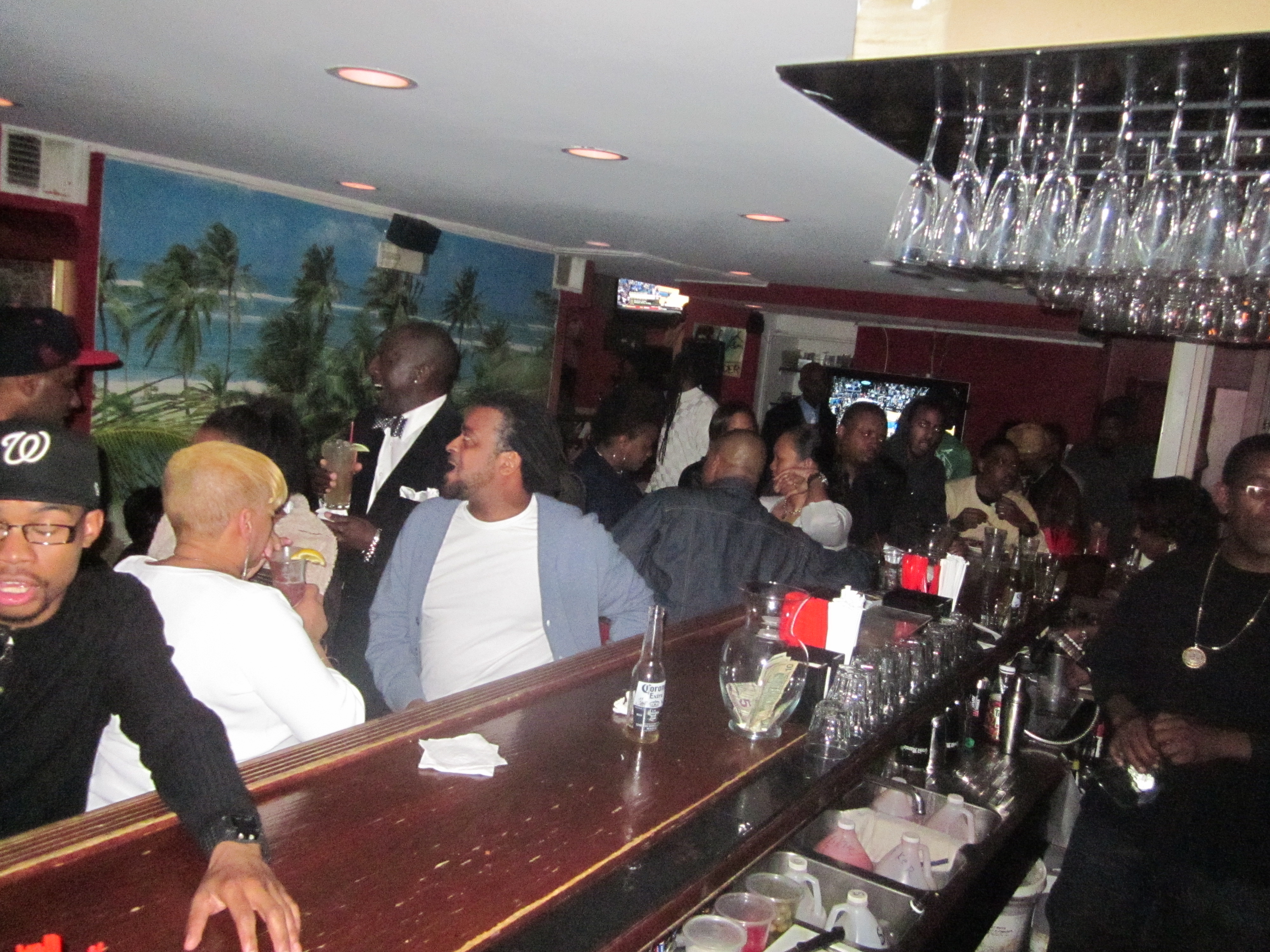 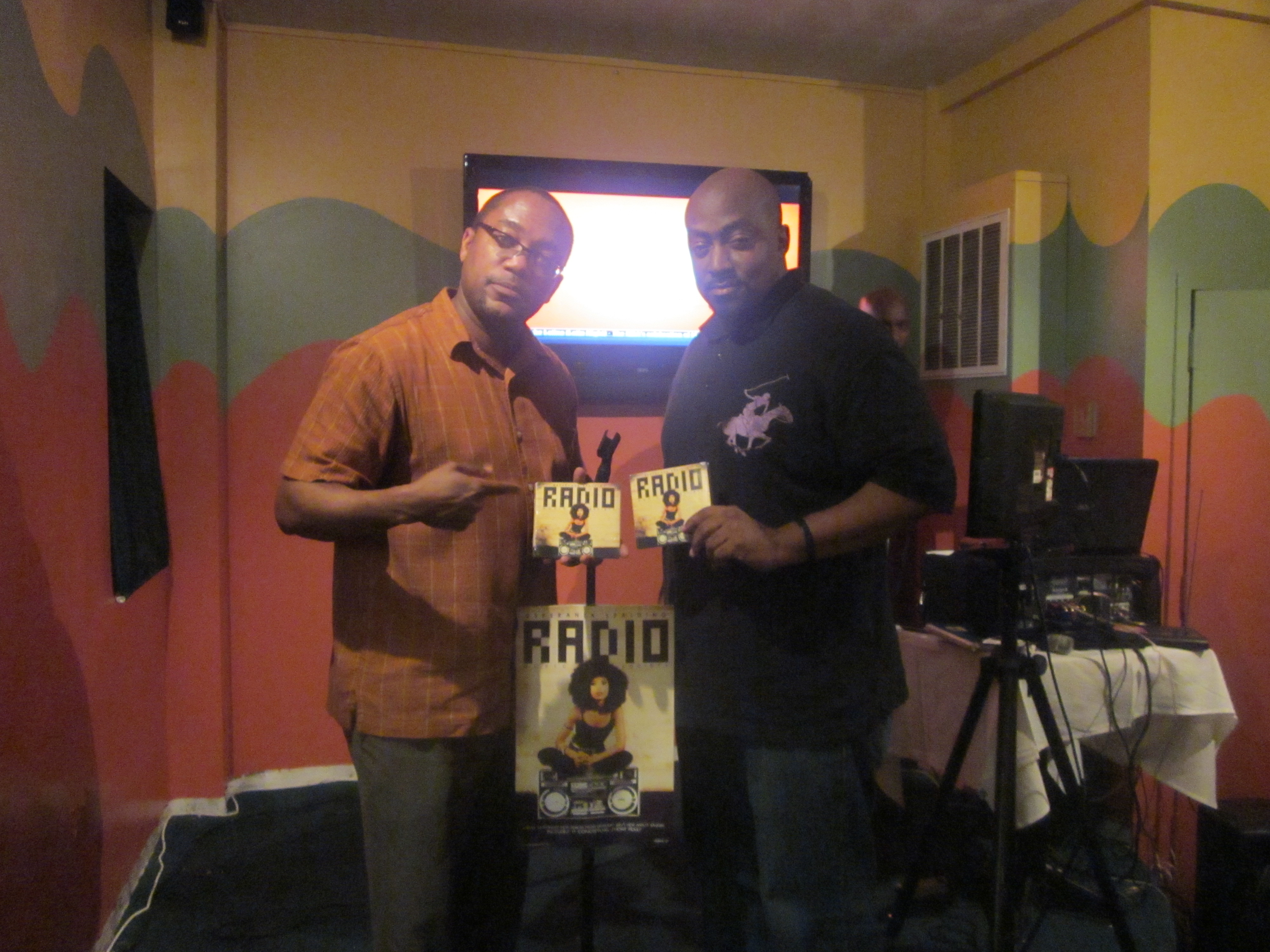 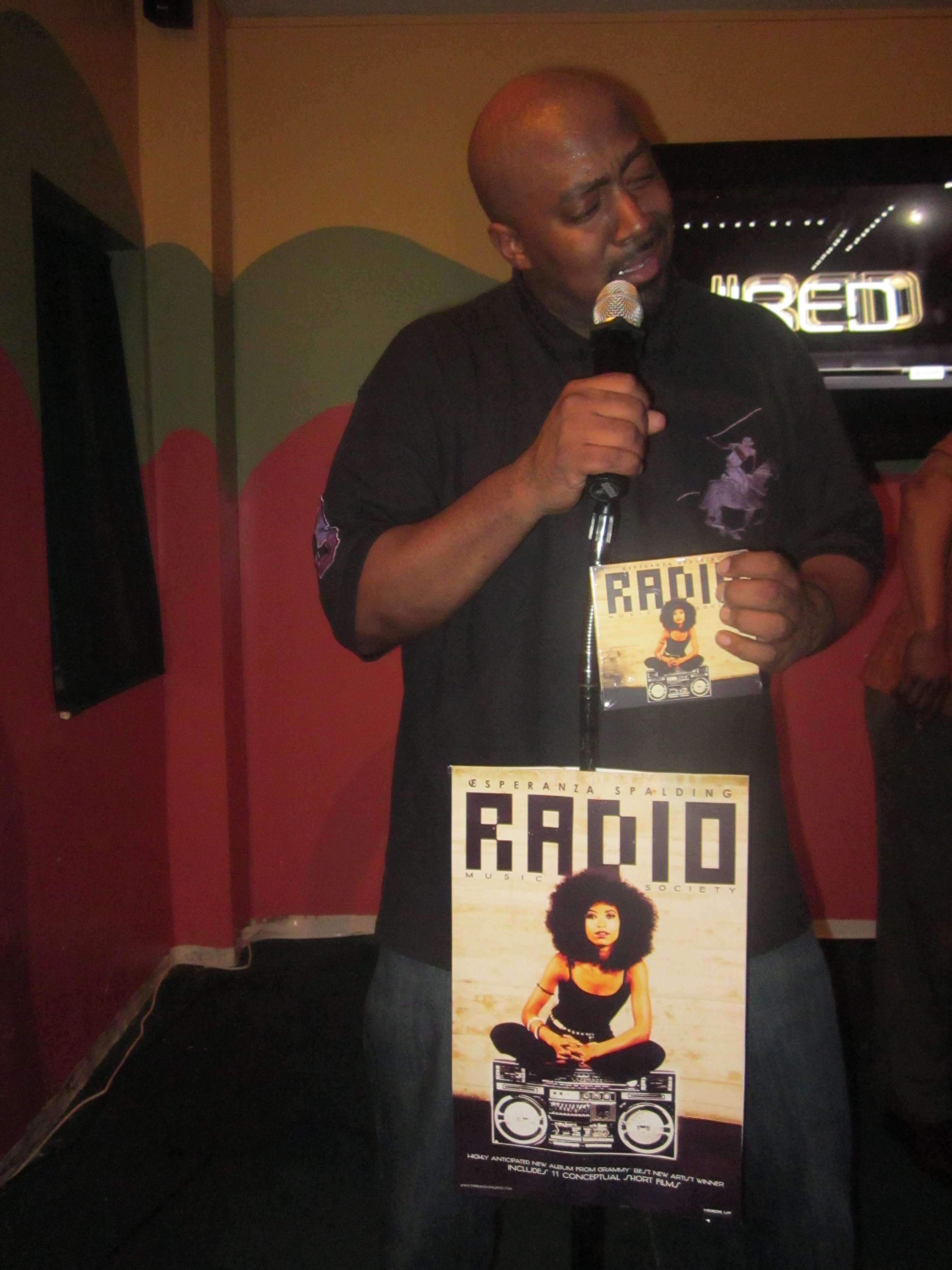 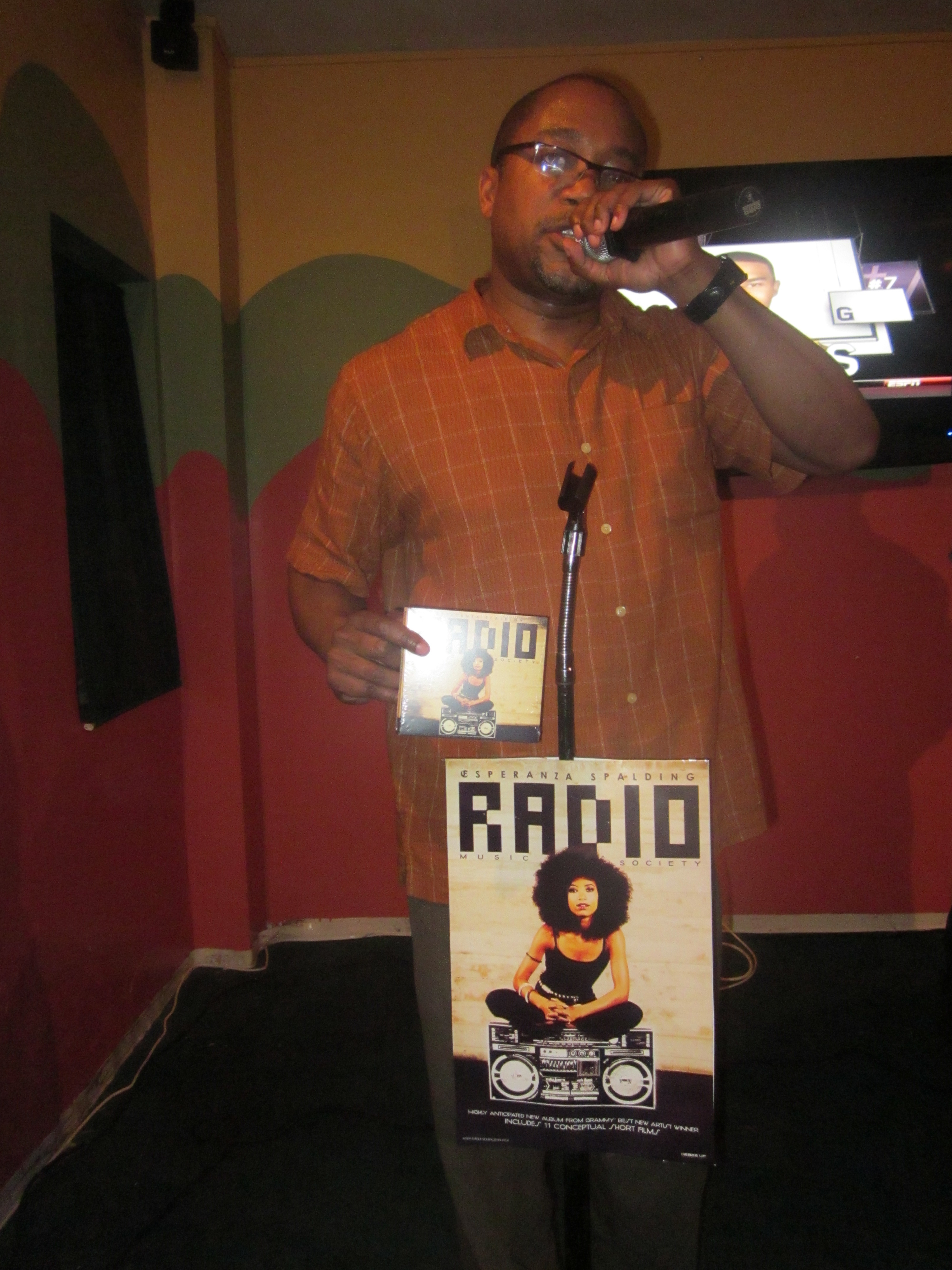 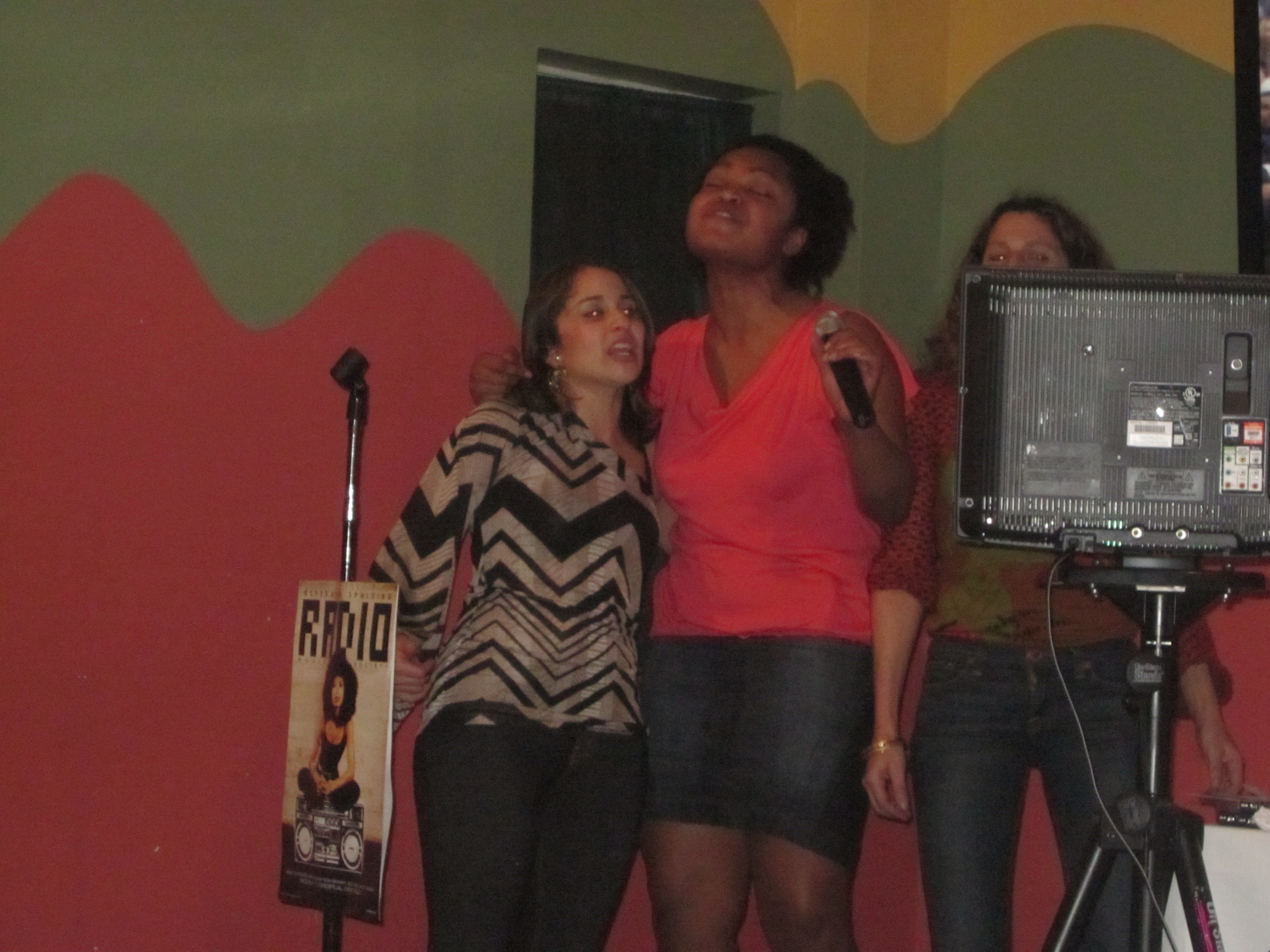 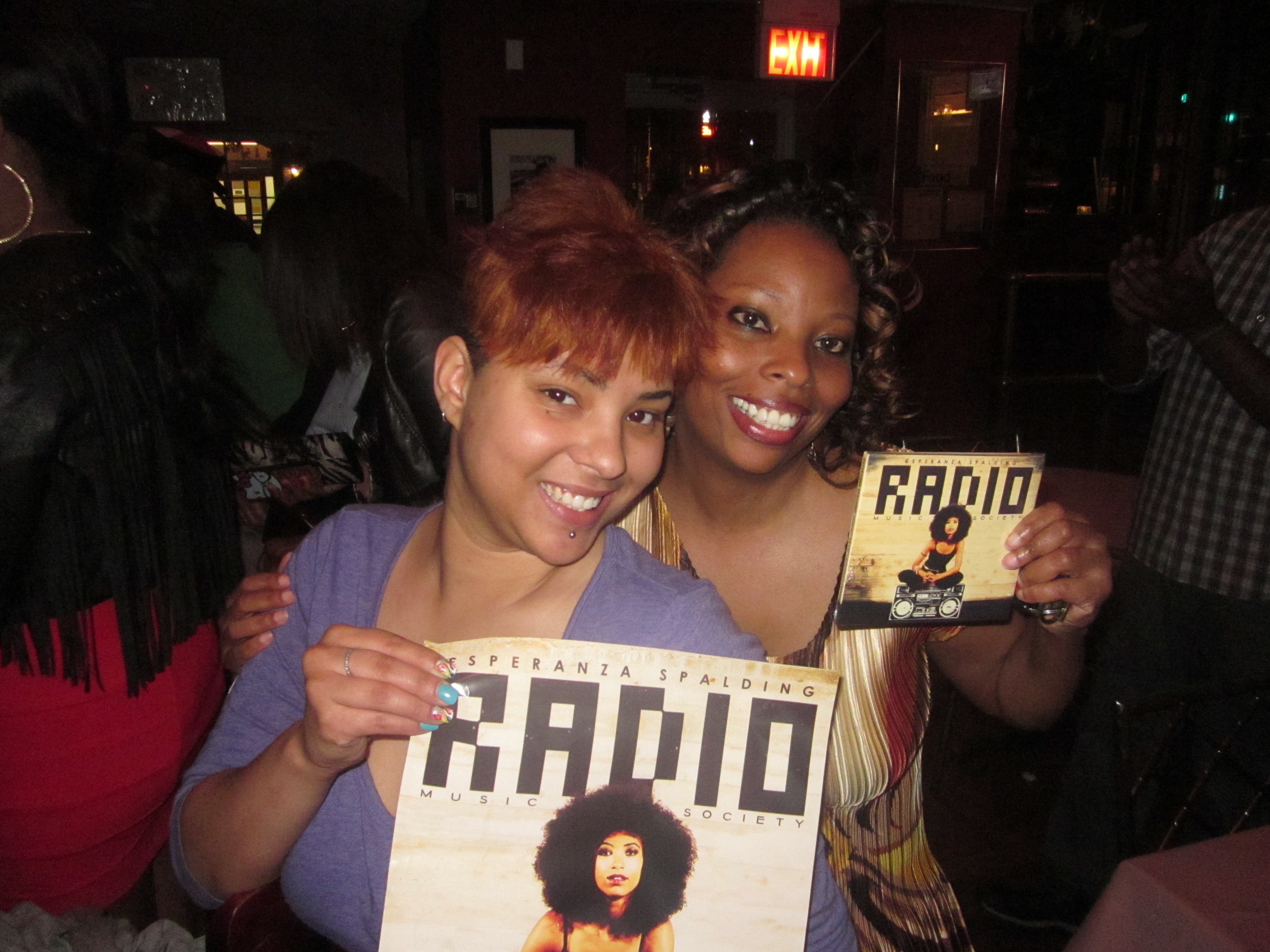 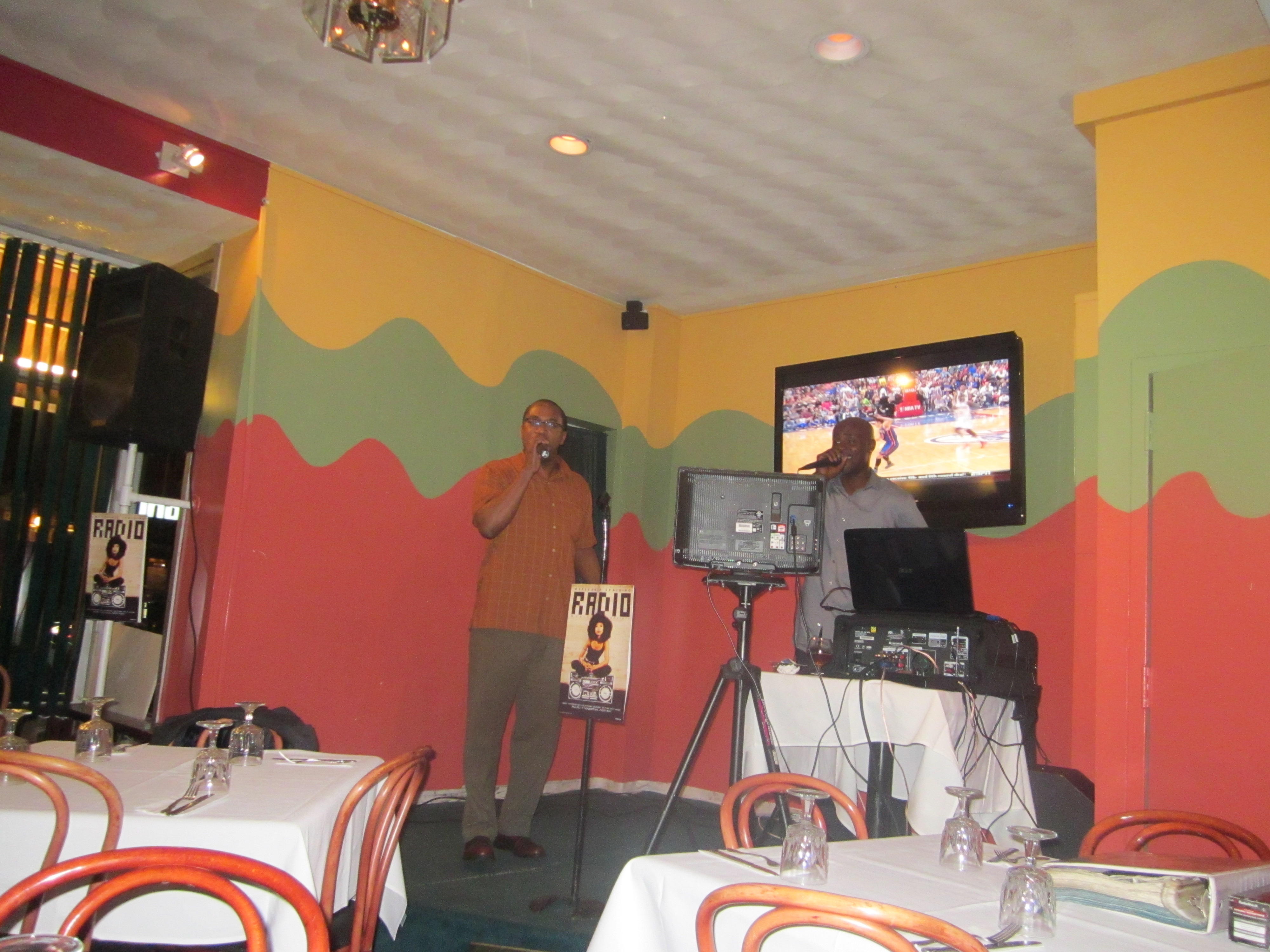 An exclusive first listen of the Radio Music Society album.