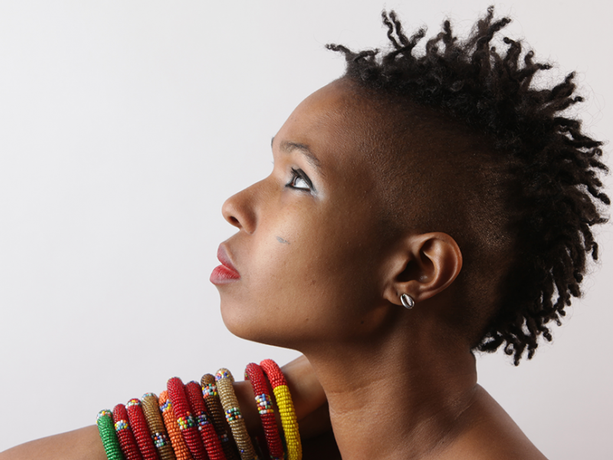 “This show is made possible with the support of the Jazz Road, of South Arts.”

Jazz vocalist and DC-native Akua Allrich has proven herself to be a musician of extraordinary talent and crowd-moving passion. With finesse and charisma, this vocalist, composer and teacher, has successfully etched out a place for her unique musical expression, electrifying audiences in and around the nation’s capital with sold-out performances.

With the launch of her independently produced albums, A Peace of Mine, in 2010, Uniquely Standard, Akua Allrich Live!  in 2012, and her latest release Soul Singer, the young artist’s music and concerts created a significant buzz with critics and music-lovers alike. Said Franz Matzner of All About Jazz, “Akua Allrich’s music flows with a free, natural energy as engaging as her equally ingenuous personality.” Her appeal soon reached across US borders and attained international attention. In early 2011, Allrich signed a distribution deal with Japanese record label AGATE/Inpartmaint Inc. Her debut CD, A Peace of Mine, was released in Japan during their “Golden Week” of May 2011. Music lovers and tastemakers from around the world expressed their appreciation and excitement for this new music.

“Akua Allrich’s music flows with a free, natural energy as engaging as her equally ingenuous personality.” ~ Franz Matzner, All About Jazz,