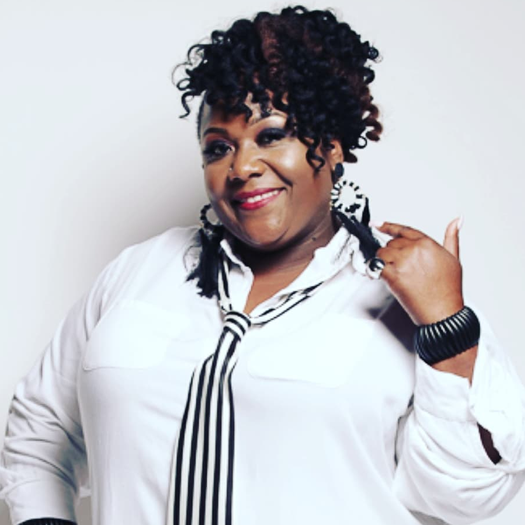 Karen Linette’s management tasked us with the job of rewriting her bio to shorten the biography structure and present her professional career clearly, concisely and to the point.

One never knows what type of seed is planted until that flower blooms. The vocal botanics that emerge from Karen Linette was recognized long after her first presentation to her mother when she and her older brother would perform songs that were played during her childhood. That radiance developed into an organic sound, establishing Karen as the go-to person for vocals in the Washington, D.C. -metropolitan area. Giving her fellow local musicians more than twenty years of experience as a singer and collaborative artist, she has also shared the stage with national recording artists such as Norman Connors, Dawn Robinson of En Vogue, Cece Peniston, Club Nouveau, Case, Miles Jaye, Anthony David, Miki Howard, Regina Belle, Tom Browne, Dexter Wansel and numerous others.

A harbinger of present-day soul music heard throughout the nation’s capital, the Maryland songstress listened to cassettes of all the greats at her parent’s home in Silver Spring, MD. Voices from the likes of Aretha Franklin, James Brown, Chaka Khan, Marvin Gaye, Stevie Wonder, Al Green, Barry White and many more took root in the young songstress and tuned her ear to a new groove. The sound of music became real to her when she took the leap to join the Pilgrim Baptist Church Youth Choir at the age of fifteen and then shortly after, the Bethesda Chevy Chase High School Concert and Gospel/Show choirs. It was when she was selected to sing the national anthem for her high school graduation ceremony that her family truly recognized the talent that had been hidden by this shy creative. Joining the choirs opened the door for her to experiment with her range; known for her four-octave climb, her gentle-jazzy approach can quickly go from soft and singular to deep and encompassed which puts her in the top requested of her class not only for background vocals but as an opener for classic and contemporary acts. Karen has also been called upon quite frequently to perform the National Anthem at the John F. Kennedy Center for Performing Arts as well as the Verizon Center for both of the districts NBA teams: the Washington Wizards and the Washington Mystic (WNBA). Meeting the call for excellence, Karen took the breath of the audience during a 2013 Inauguration Celebration performance honoring President Barack Obama.

From the legendary Blues Alley to the world-renowned Apollo Theater and beyond, the number of venues that have welcomed Karen to grace its stages continues to grow. Her respect for the foundation is why Karen continues to remain as a pillar in the music community and even more recently, the acting world. Bridging her voice with song and the playwright puts Karen in a new realm of local, national and international opportunities. With faith and constant work, Karen Linette perseveres to be a flowering talent, using her versatile approach to soul and jazz music as the refreshing comfort that listeners pine for in today’s musical climate.